Realme was one of the most successful brands in 2019 and is running to repeat this feat in 2020. This year, many smartphones were released by the Chinese brand and the list is about to win a new member dubbed Realme X3 SuperZoom. This particular device seems to be getting ready for an imminent release since it bagged several certifications and also paid a visit to GeekBench, 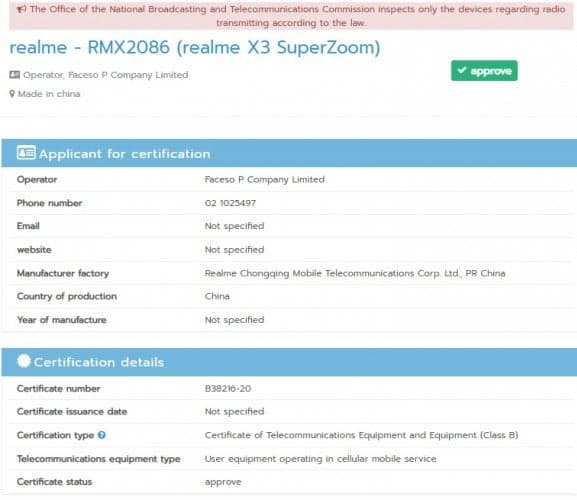 The smartphone bears RMX2086 build number and has received approval from NBTC and EEC. Besides these two certifications, the upcoming device also has been listed on the Bureau of Indian Standards (BIS) website. That’s not a surprise, after all, Realme has a huge presence in India as it was its starting market. We believe that the launch is close considering all the certifications, but Realme will need until lockdown policies are reverted. 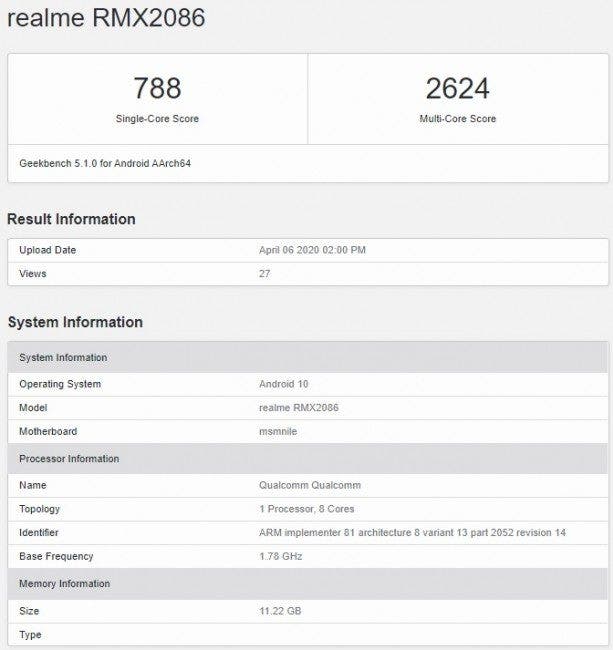 As you may expect, these listings don’t reveal anything related to specifications. Thankfully, we have a GeekBench listing to reveal some of the smartphone’s internals. Apparently, we are looking to Realme’s next flagship killer smartphone. The specifications mention Snapdragon 855+ and 12GB of RAM. It’s an interesting choice, after all, the Snapdragon 855+ is last year’s flagship chipset. We believe that Realme will use to bring the price of Realme X3 down. Therefore, the handset could be cheaper than smartphones like the recently released Redmi K30 Pro.

Apart from that, we also have Android 10 OS which isn’t a big surprise here. We also expect this smartphone to offer some interesting camera capabilities and an expressive Zoom feature. We’ll probably hear more about in the coming days, so stay tuned.

Read Also:  Realme GT 2 Pro has been revealed in all its glory
Source/VIA :
NBTC, MySmartPrice