The launch date of the Honor 30 is getting closers. So it’s quite reasonable we have been getting more and more news recently. Today, the company released two promo posters, disclosing a couple of its features.

First, it turns out that our protagonist will support 40W super-fast charging. It has also obtained the Rhine safe fast charge certification. In addition, Honor said that the machine also supports wireless super-fast charging. But the company did not announce the specific charging power. 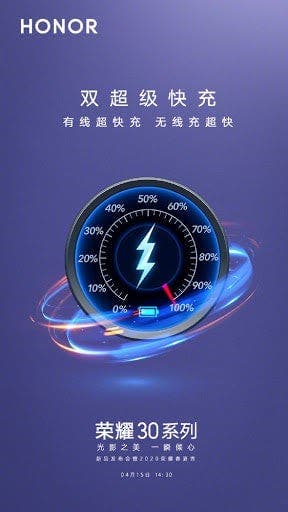 Second, though this information has not been confirmed officially, there is every reason to think the screen refresh rate of the handset will be 90Hz.

Finally, the manufacturer said that the new Honor 30 series smartphones will use a full-band high-amplitude dual-speaker configuration to support Histen smart audio + game listening discrimination. At the same time, Honor said that the dual speakers are ‘not enough to serve as the secret of the conference. In other words, the new Honor 30 series will have more cutting-edge technology. 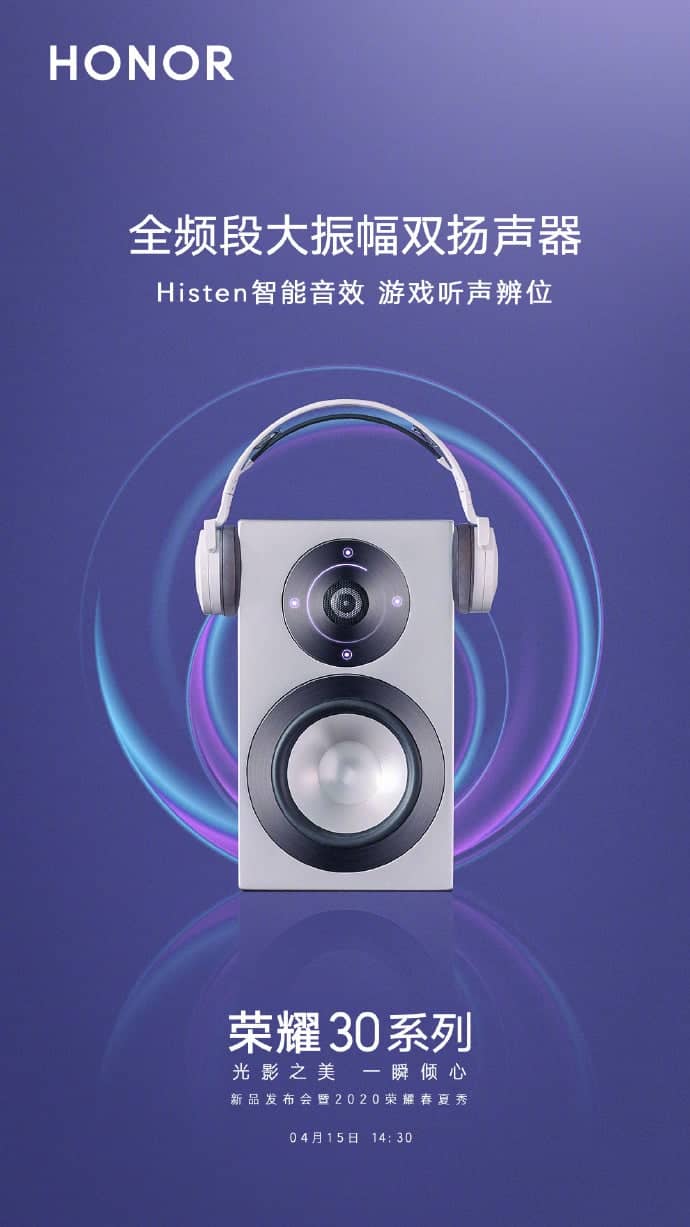 As for the previously known information, the Honor 30 will sport a Kirin 985 chip. Thus, we are dealing with the company’s next-gen flagship product that is going to make a tough competition to Snapdragon–powered handsets. It has passed TENAA certification. So we also know some other features as well. Say the Ministry of Industry and Information Technology website shows the EBG-AN10 model (should be Honor 30 Pro) features a 32-megapixel camera on the front and a 50-megapixel main camera on the rear. The latter supports 5x optical zoom.

The Honor 30 series phones will be released on April 15.