In fact, for February, we took a look at the similar data and found out Tencent’s ‘PUBG MOBILE’ and ‘Peace Elite’ attracted more than $191 million worldwide, five times the same period last year. They ranked first in the global mobile game bestseller list. 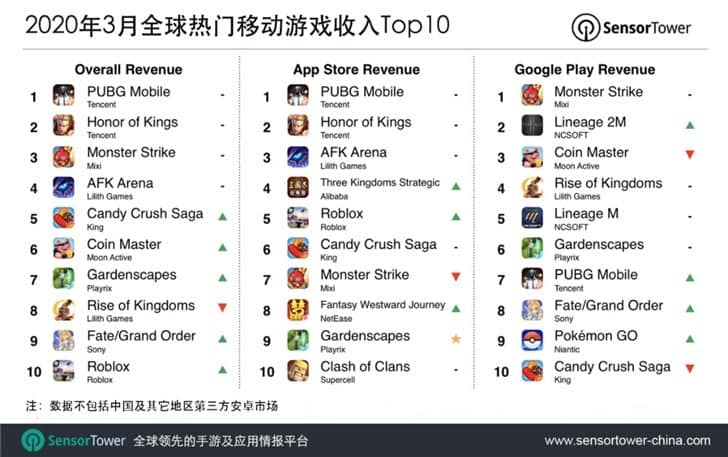 ‘Honor of Kings’ and its overseas version ranked second in the list with a revenue of $112 million. The Chinese version contributed 93% of the revenue, followed by the Thai version ‘Garena Realm of Valor’, which contributed 3%.

We also learned that, in addition, Mixi ‘Monster Strike’, Lilith Games ‘AFK Arena’ and King ‘Candy Crush Saga’ ranked third to fifth on the list. ‘AFK Arena’ ushered in a substantial increase in revenue after landing in the Chinese market in January.

At last, from the list, we can see that the first four mobile games remain the same in terms of position. And the only game in the top 10 that fell is Lilith Games ‘Rise of Kingdomes’.