Oppo is going to introduce a smartphone named A92s, which should be the first device in the A-line to have a high screen refresh rate. It will be a mid-range model that will receive a 6.57-inch LCD display with a 120 Hz refresh rate. It should work on the basis of the MediaTek Dimensity 800 processor with 8 GB of RAM, 128 GB of internal UFS 2.1 memory and 5G support.

The rear camera, consisting of four sensors and a flash, will be framed in a square block. The A92s will have a main sensor with a resolution of 48 MP, wide-angle at 8 MP and two more at 2 MP. On the front, in a hole in the upper left corner there will be a dual front camera.

Now, the OPPO A92s with the model number of PDKM00 have passed through the Geekbench benchmarking portal showing the performance of the Dimensity 800 5G chip. The phone scored 2504 in the single-core test and 8130 in the multi-core test. And according to Geekbench data, the Oppo A92s is running on Android 10 OS and has 8 GB of RAM. 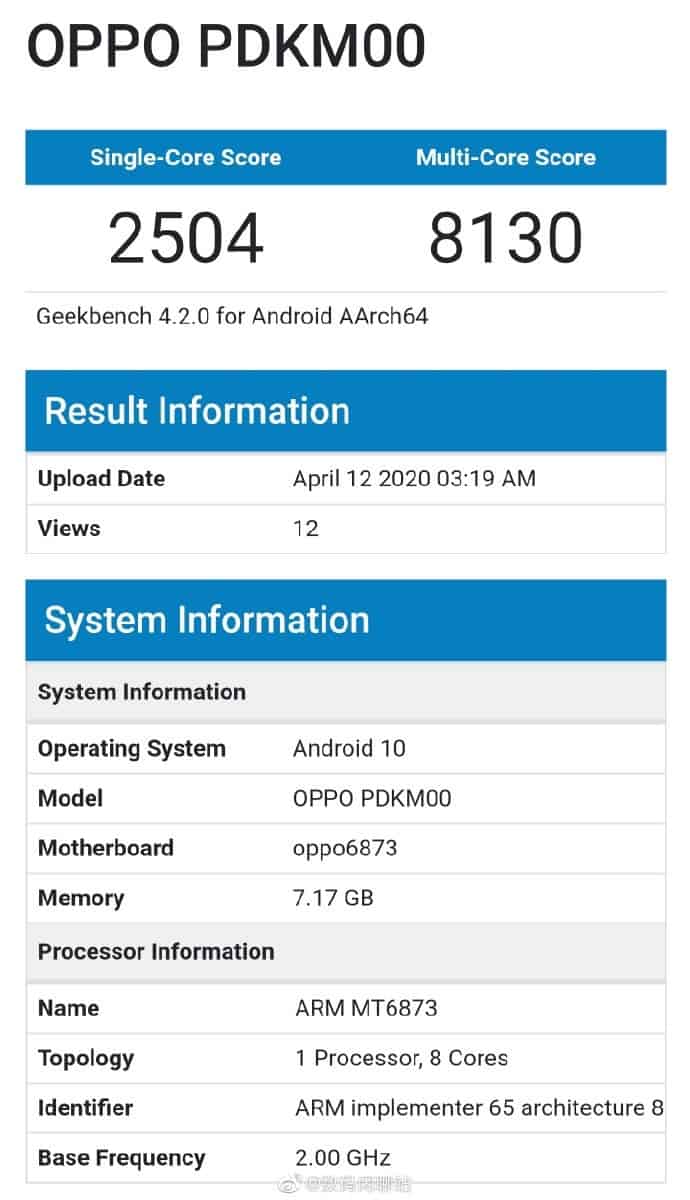 It is worth mentioning that recently, a new poster emerged revealing an imminent launch of a smartphone dubbed Oppo A92s. Apart from the poster, the A92s also received MIIT certification teasing to an imminent launch. In addition, there is the 120Hz writing and a finger touching the display. For that reason, we believe that rather than the refresh rate, the teaser is suggesting a 120Hz touch sampling rate. The Reno Ace 2 will ship with a 90Hz display and definitively is a flagship. So we don’t see much sense in Oppo equipping this A92s phone with a superior display. The poster also confirms 5G availability. Such a smartphone should cost about $ 350. The date of the presentation of the device is not reported yet. But given the frequent appearance of leaks and teasers, it could arrive soon.

Next McDonald's to launch a 5G product in China