After the Meizu 17, the Meizu 17 Pro charger has also passed 3C certification. The certification shows that the smartphone comes standard with a new UP2018 charger that supports up to 40W fast charging. We already know that Meizu 17 has a maximum of 30W. The company will host the Meizu 17 mSmart 5G fast and stable technology sharing meeting online at 14:30 on April 17th. However, this may not be a launch event for this smartphone. 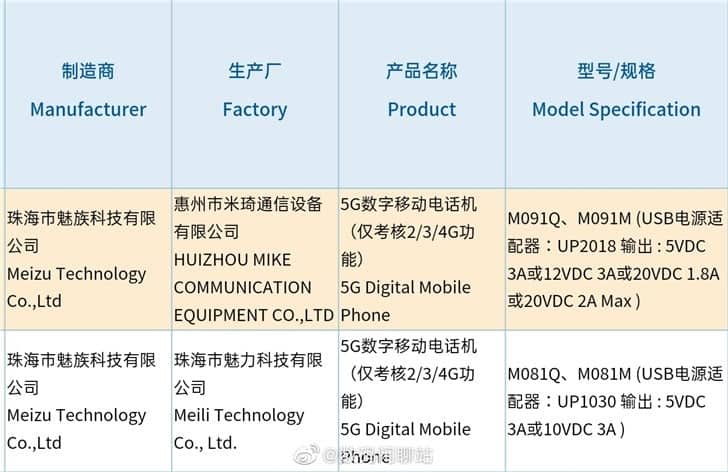 According to the company, it will share a breakthrough technology. It appears that Meizu now has a way to make 5G smartphones consume less power. According to the current information, Meizu 17 will come with a Snapdragon 865 5G processor, LPDDR 5 memory, UFS 3.0 flash memory. Furthermore, the display is a 6.5-inch 90Hz AMOLED screen with an optical on-screen fingerprint sensor. This smartphone comes with a quad-rear camera and a 4500 mAh large battery capacity. It also comes with a horizontal linear motor, dual stereo speakers and other configurations.