Motorola has recently announced that it would introduce its new flagship phones on April 22. The star of the promotional event to be held is considered to be the Edge Plus. However, Motorola is preparing to also bring the standard Edge model to the users in this event.

Edge Plus was at the focal point for most of the leaks so far. The smartphone passed Geekbench’s benchmark test in January. The Standard Edge, on the other hand, entered Geekbench’s database now, revealing some of its specs. 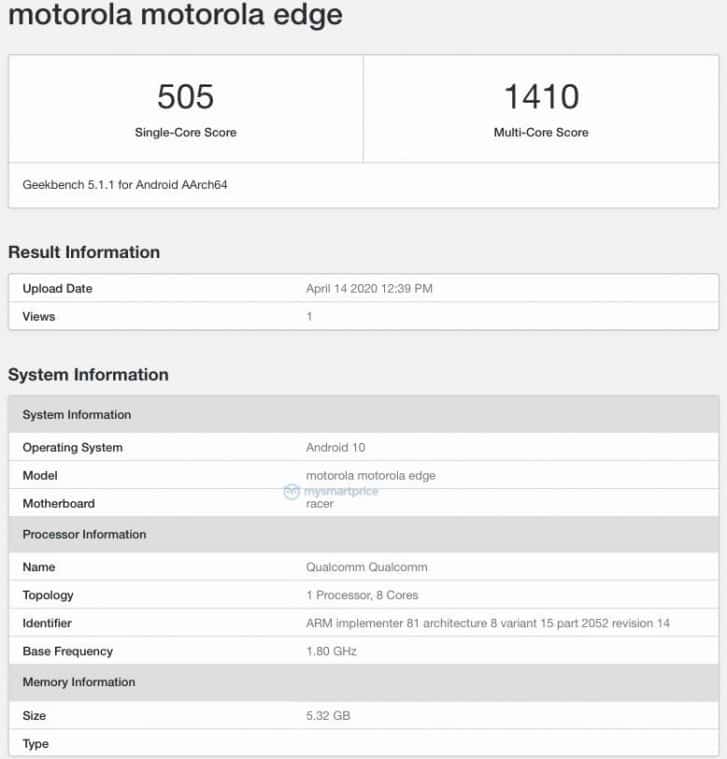 Qualcomm Snapdragon 765G processor is expected in the heart of Motorola Edge. In Edge Plus, we expect the Snapdragon 865. According to Geekbench’s database, 765G is accompanied by 6 GB of RAM on Edge. RAM options should start from 8 GB for the Edge Plus. It is stated that Edge will also come out of the box with the Android 10 operating system.

Rumors that the 108-megapixel sensor will take over as the main camera in Motorola Edge Plus have been raised before. The Edge should have a 64-megapixel main camera. One of the predictions is that Edge will come with a 6.67-inch screen and this screen will offer Full HD+ resolution and not QHD+.

The phone has obtained 505 points for single-core and 1410 points for the multi-core test. It will support 5G and will be available at a competitive price as usual from Motorola for smartphones in the mid-range segment.

Next The global EMUI 10.1 beta: compatible mobiles and how to sign up