Chinese manufacturing giant, Xiaomi, is currently working on its new MIUI system. Since the company announced that it has officially discontinued the development of MIUI 11, there have been numerous speculations regarding the MIUI 12 system. However, one thing that everybody wants to know is if their device will support MIUI 12. So far, we have seen numerous leaks and lists of Xiaomi/Redmi/Poco phones that will support this system. If you have been looking for the comprehensive list to know if the speculations mention your device, you just got an easier way to do that. 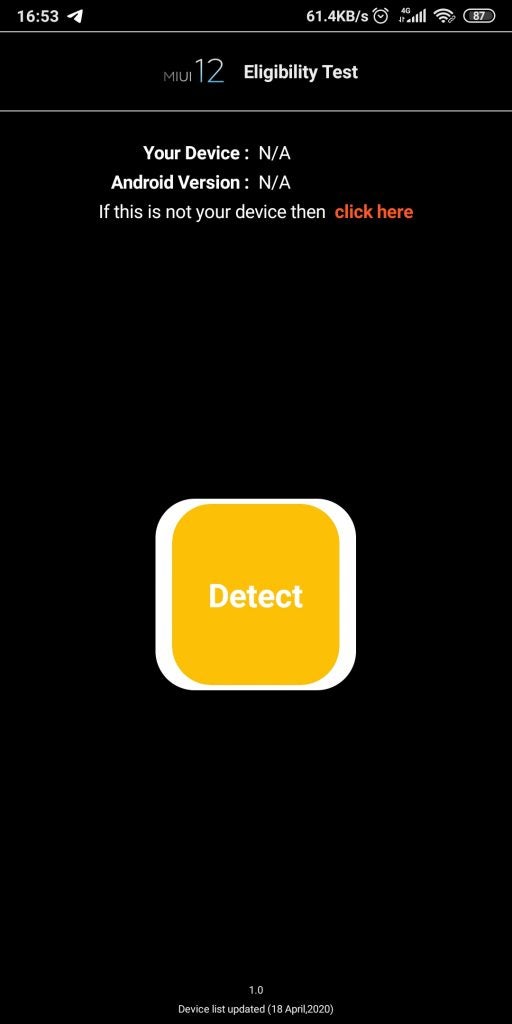 A new app from Alpha Developers Official called “MIUI 12 Eligibility Test (Early Access)” is now available on Google Play Store. This app compiles and updates all the smartphones that have been mentioned in the speculations so far.  MIUI 12 Eligibility Test aims to help you determine whether your device will support MIUI 12 update or not. So you can seamlessly test your device with this app.

How to use the MIUI 12 eligibility test app

The app size is less than 7MB and it is quite easy to use. I installed this app on my 2018 Xiaomi Mi Max 3 and 2019 Xiaomi Mi 9 SE. Both devices will get the MIUI 12 update from the speculations.

At this point, we must re-emphasize the fact that this app is NOT officially from Xiaomi. The devices to support MIUI 12 on the app are based on the speculations so far. This means that there could be a significant difference from the Xiaomi’s official list. If you still want to try the app, click HERE to get it from Google Play Store.