Realme has stepped up its game with the new 6 number series and offers close to a complete package with the camera being the shortcoming (in certain situations). Other than that, an overall very good smartphone.
Display – 85%
Build and Design – 80%
Performance – 85%
Battery Life – 85%
Software – 85%
Camera – 80%

Smartphone hardware, in general, has come a long long way as we head towards the close of 2020. Especially speaking about the Indian and Chinese markets, the offerings here have unbeatable value-for-money compared to almost anywhere across the globe. A very recent and good example of this is the new Realme 6 from Xiaomi’s arch-nemesis. It costs just $250 and for that, you get a powerful MediaTek Helio G90T chipset, a quad-camera consisting of a main 64MP sensor, and a very reliable 4,300mAh battery with 30W fast charge. There is little more we can ask for at such low price brackets. But with all that hardware power, is the Realme 6 still worth your money? We’ll answer this question and many others in our review.

It is also worth noting that there’s a big strategy change with regards to the product placement of the realme 6 series compared to previous generations. What was earlier a sub-10k product, is now not only more expensive but has more powerful specifications. This has led to the Pro versions being moved to the above 15k segment in India.

Below is a quick rundown of specifications of the device

The Realme 6 is just the second handset in India with this Helio G90T SoC and the very first Realme handset. The first one was the Redmi Note 8 Pro and Realme 6 comes a bit late but is priced a tad bit lower. In my usage time of more than a week, the Realme 6 performed like a champ running Realme UI V1.0. I found no hiccups, no lags, no stutters whatsoever which was very pleasant to see, especially considering reports about buggy experiences I’d heard on social media. Moreover, I’m beginning to think that 90Hz is a clever middle-path between a fluid smooth UI and good battery. Sure, 90Hz isn’t as buttery as 120Hz but the sleek animations and scrolling still feel better than 60Hz. Also, unlike the POCO X2, I didn’t turn off the 90Hz feature off because it (the battery) didn’t die on me at the evening, although it would bottom up by 8:00 pm at night.

Some people have been complaining about over-heating issues during gaming, I didn’t find that an issue. Sure, there was mild heating but that’s to be expected for long sessions and was not out of limits. I also played some heavy games including CoD Mobile and gameplay was excellent without any lag. 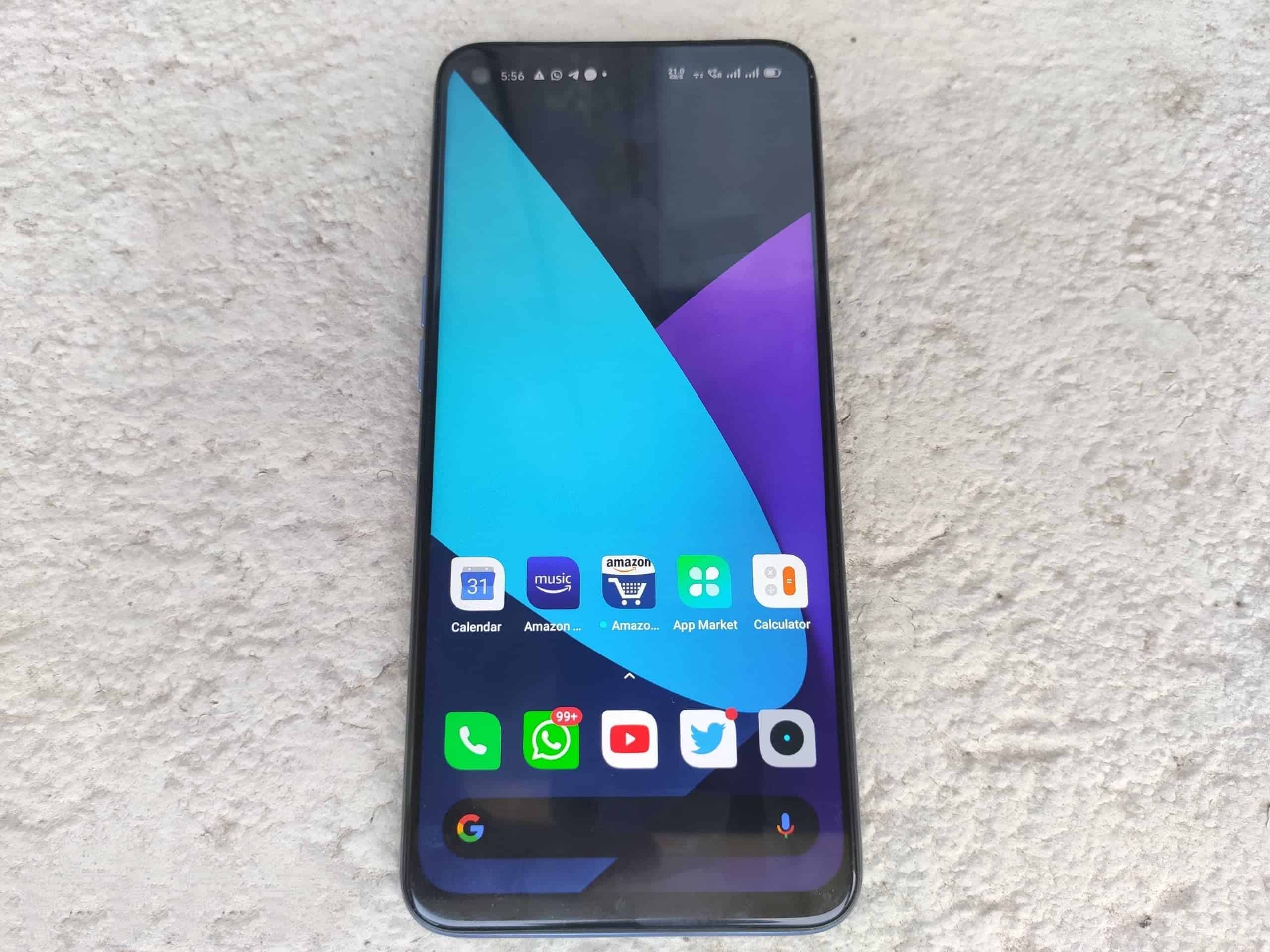 The 90Hz LCD display on the Realme 6 is an overall good panel. It gets bright enough in sunlight but peak brightness is lower than the POCO X2, I feel. Also, it is a 20:9 aspect ratio which means it’s tall and reaching the top of the screen is very hard. The overall bezels have reduced to a large extent as well. As I already admitted earlier, the 90Hz refresh rate is a pleasure to use. Scrolling and animations are where you’ll notice the smoothness and admire the panel. You can also move between 60Hz and 90Hz automatically but I kept it to a stable 90Hz. It’s worth noting that despite Widevine L1 support, Netflix videos don’t actually play in HD although YouTube videos do which is a bummer. I hope an update fixes this soon.

Sound quality via the speaker is just what you find in the segment. It’s not overtly loud nor is it too low, in terms of intensity. The audio jack does deliver more details and bass than the speaker though. Also, call quality is pretty satisfactory and consistent.

The side fingerprint is a new addition and as I’ve said it in my POCO X2 review, I don’t like the implementation. Especially considering that it is also the power button. In terms of accuracy and speed, it’s great but I would much rather have a frontal biometric scanner. 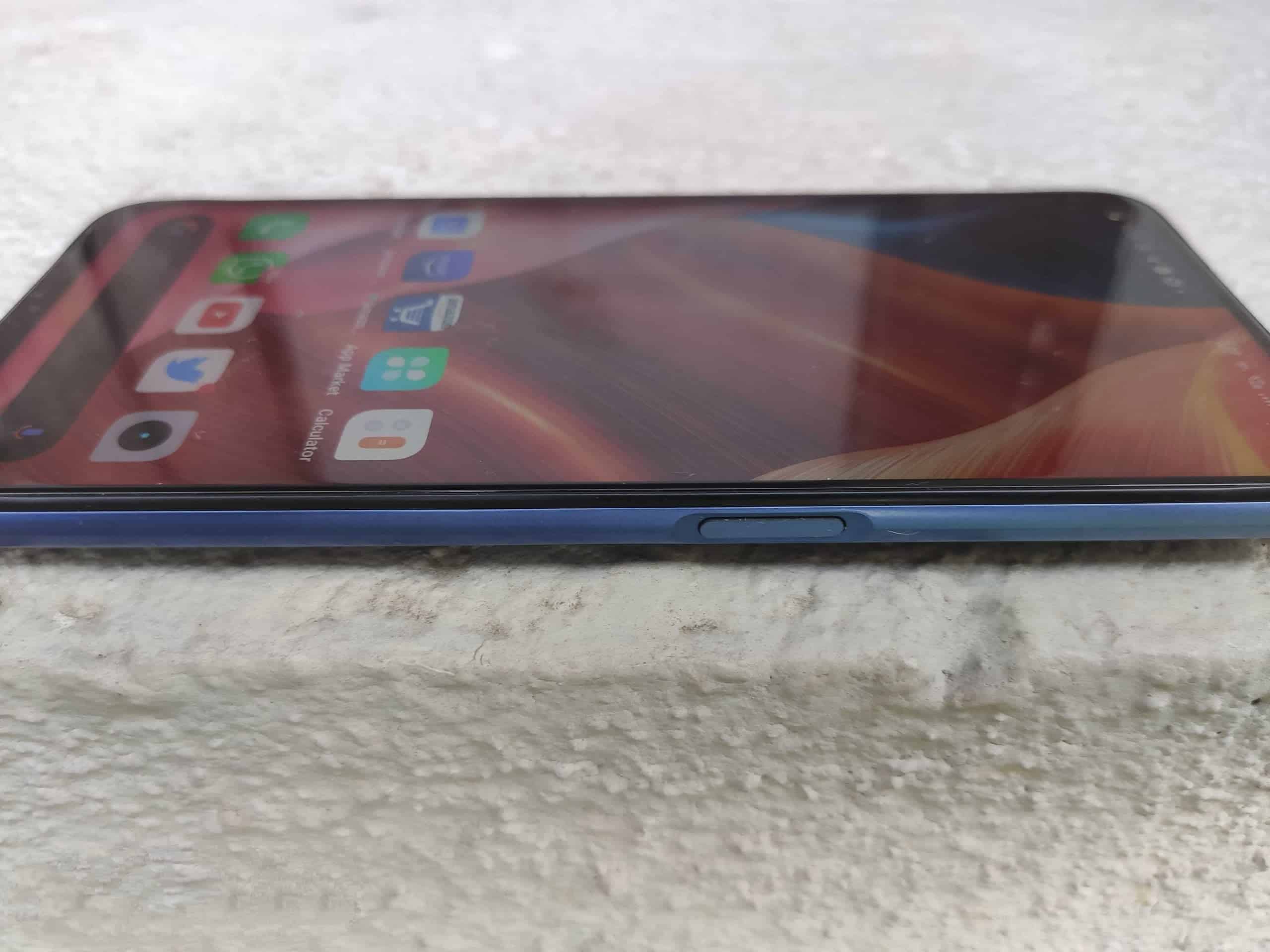 Realme typically uses a non-metal material in its mid-range devices, especially under the INR 15,000 segment. The Realme 6 is no different. The back is polycarbonate, glossy and the camera bump means the device can’t stay flat on any surface. I don’t have a problem with that although a metal finish wouldn’t be bad. More than that, I do wish brands would get rid of these glossy finishes as it’s no use showing off a smudgy dirty back panel to anyone. They can opt for a matte finish, sort of like the one on the Realme X50 Pro limited editions. This would not only give users a better grip but also relieve (many) users of their constant obsession with cleaning the backs. The front display is protected by Gorilla Glass 3, so that’s adequate for protection.

Realme has done a good job optimizing a standard 4,300mAh battery to last a full day. This is even along with the 90Hz panel and the Helio G90T chipset makes it impressive. The phone lasted me well throughout the day with casual use. I’m a high social media user and I browse the web constantly for new stories and information throughout the early part of my day. Gaming and video comes in at the latter part after the evenings. This means that I have around 50% juice left in the tank which is good enough to last me towards night. Also, the 30W fast charger should be factored in. It’s very quick and most of the time I use it just for 15 to 20 minutes that gives me enough power to stretch it to the next day. The combination of strong optimization + 30W VOOC charge makes for a great reliable combo in the Realme 6.

I really like what Realme has done with this new interface. They’ve removed most of the visual elements that previously used to make it look like a Chinese skin. So, there’s a Google search bar right at the bottom, something you see on stock Android. There’s an app drawer, a new drop-down quick toggles menu inspired by OneUI. There are a few bloatware apps that can be removed though.

There are some customization options as well. You can change icon packs, gestures, and a good number of themes that will keep the UI fresh. But the theme store isn’t nearly as populated as MIUI. However, given this is a new Realme venture, we’re willing to give it time to grow. You won’t run out of features as well in the settings menu. Amongst the dozens, you can roll back to 60Hz from 90Hz which is nice. We’ll leave screenshots of the many options available. In terms of overall experience, it’s very much bug-free and lag-free too. The gesture system is smooth and intuitive. It has some great shortcuts such as swiping along the bottom of the screen to quickly hop on to previously-opened apps and it works very well.

This is where, I would say, the Realme 6, can have improvements. The daylight performance of the main 64MP ISOCELL Bright GW1 camera is pretty good with good details, almost no noise, good dynamic range and exposure. There is a Chroma Boost mode to increase saturation levels which I think can help in some scenarios. The 64MP mode will get you more detail but I mostly didn’t notice much of a visible difference.

The low-light test is where the Realme 6 doesn’t perform well. There’s a lot of noise, loss of detail, and an overall not-very-good image. That’s even with the night mode on. If there’s a bright light source in such situations nearby, that could and should be taken advantage of. The 16MP front selfie camera also shares a similar story. There are a good number of AI beautification options and a Portrait mode too.  Perhaps, the camera lacks some algorithm tweaks and a future update could get rid of these shortcomings.

I would say the detail retention on video is better than on photo in low-light. The lens does struggle to focus on subjects at times. The ultra-wide, as you might have guessed, doesn’t have as much detail and is pretty average in that regard. 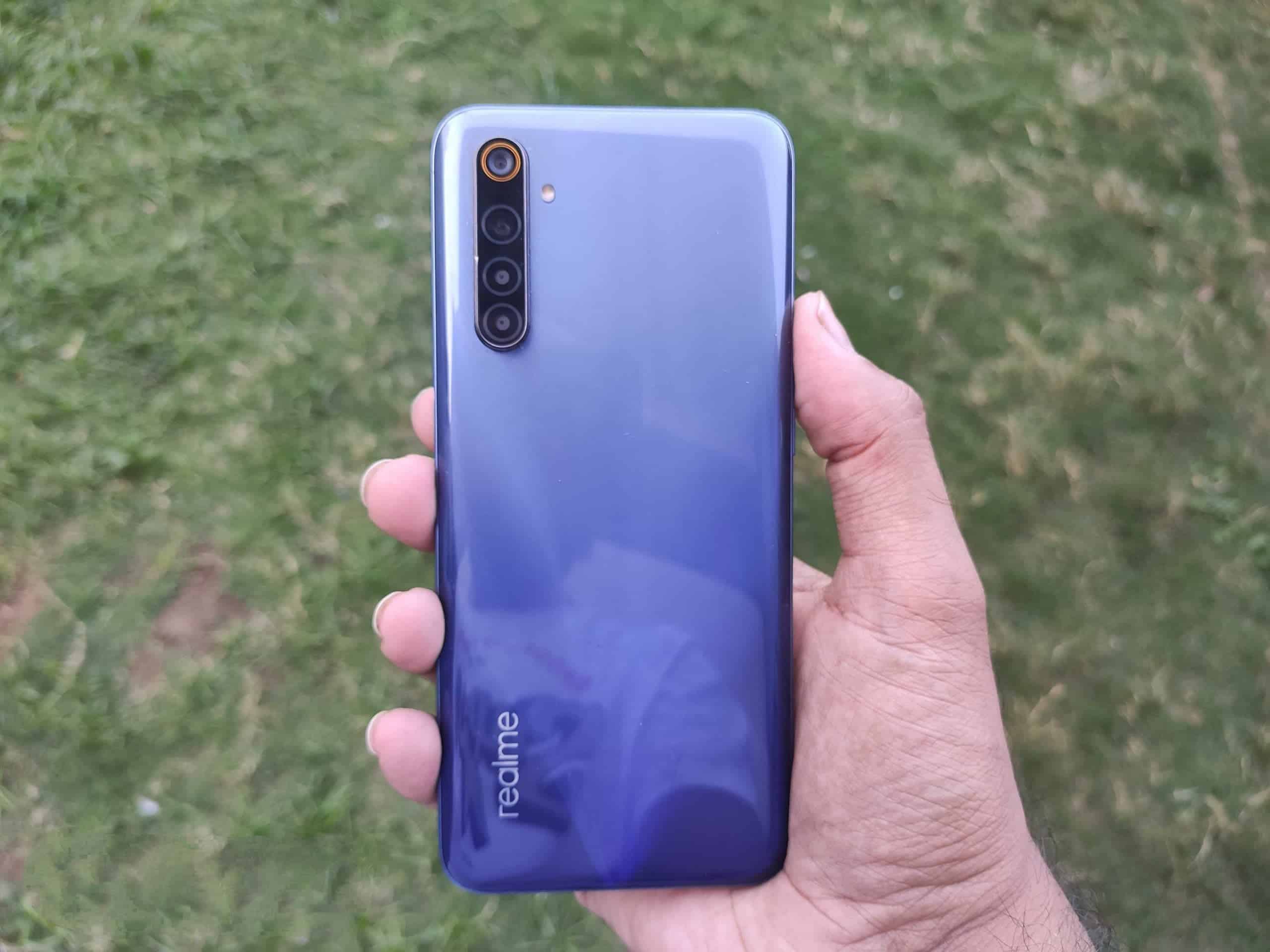 The Realme 6 packs quite a punch at its price point and it is hampered only by the camera’s shortcomings in specific situations. It has a good display, good battery life (with 90Hz,)  very good performance, and an ok build. At this price point, it can have competition from the Redmi Note 8 Pro which is slightly expensive or the Galaxy M31. If you need great performance, a good display, a reliable one-day battery, then the Realme 6 will tend to your needs very well. If you’re looking for better quality photos and videos, then it would be worth it to look at the other competitors and preferably a slightly higher price range.