The poster confirms the rear quad-camera setup and a punch-hole display on the Nova 7 SE. The poster shows green and white variants of Nova 7 SE. Design-wise, Nova 7 SE resembles both of its elder brothers. Although, we will see a single camera punch-hole notch on Nova 7 SE compared to the Pro version.

Talking about the specifications, Huawei Nova 7 SE is going to come with a 6.5-inch FHD+ LCD display with a resolution of 2340 x 1080 pixels. The display features a punch-hole notch giving a home to a single 16 MP front shooter.  Nova 7 SE features 64 MP quad-camera setup on the rear side. Looking at the poster, it seems we will be getting a macro sensor. The 64 MP shooter is expected to be Samsung Bright GW1 that was first seen on Redmi Note 8 Pro and Realme 6 Series.

The poster confirms that the device features the all-new Kirin 820 5G chipset. The chipset is based on a 7nm architecture and boasts of up to 27% improved performance over the older Kirin 810. There is a 4,000mAh battery on Nova 7 SE with 40W fast charging support. Nova 7 SE is expected to come in two variants — 128GB and 256GB. As usual, Nova 7 SE will come out of the box with Android 10 with EMUI 10.1 running on top of it. 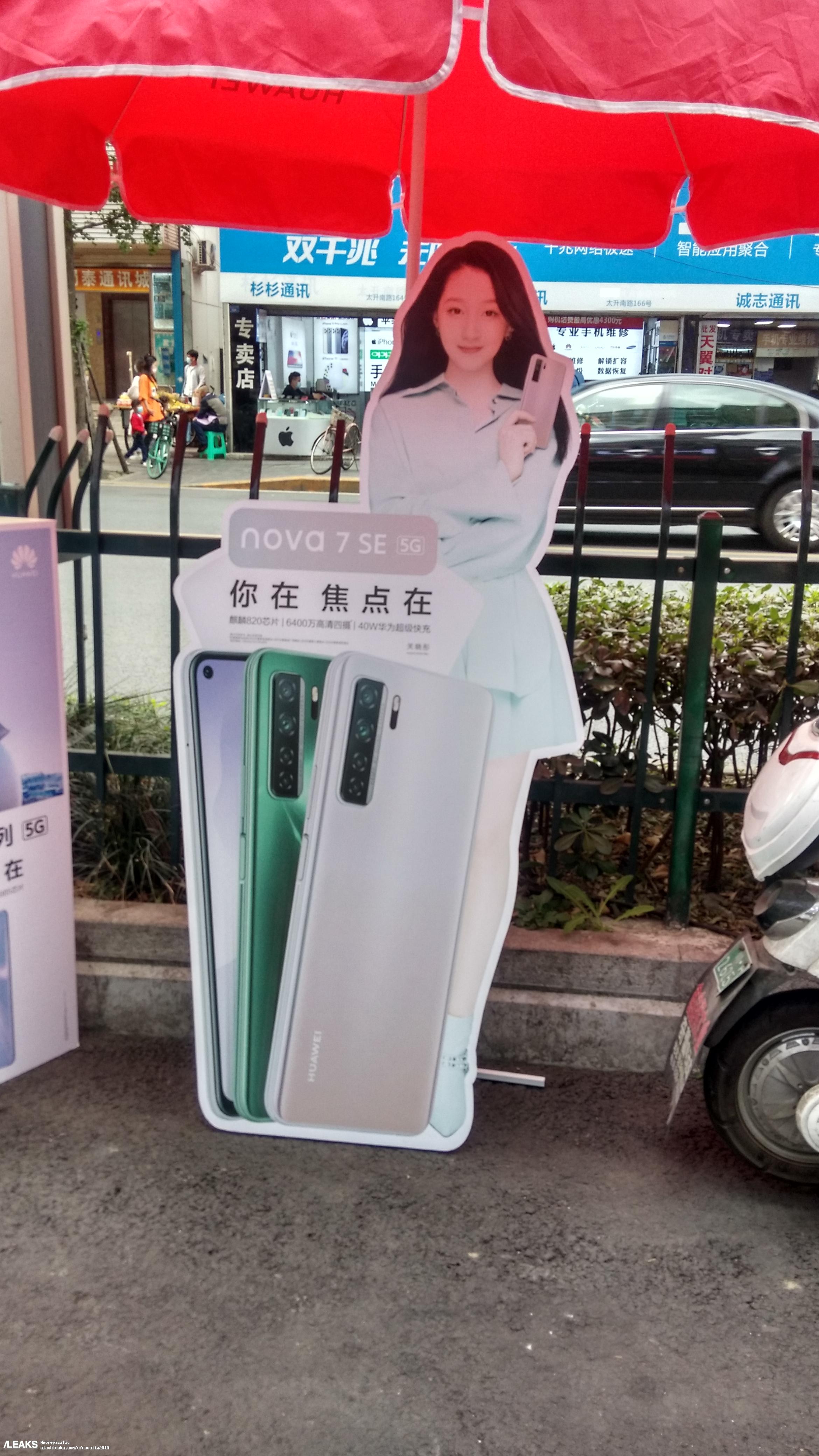 We will be getting official news from Huawei on 23rd April. For now, we cannot say anything about the price. Although, we are excited about this device as it going to be a mid-range 5G offering from Huawei.