The leaker Jon Prosser returns with a new CAD file which concerns the notch of the future iPhone 12 expected this fall. Prosser is the source of several revelations, so we can take this new leak as an affirmation. 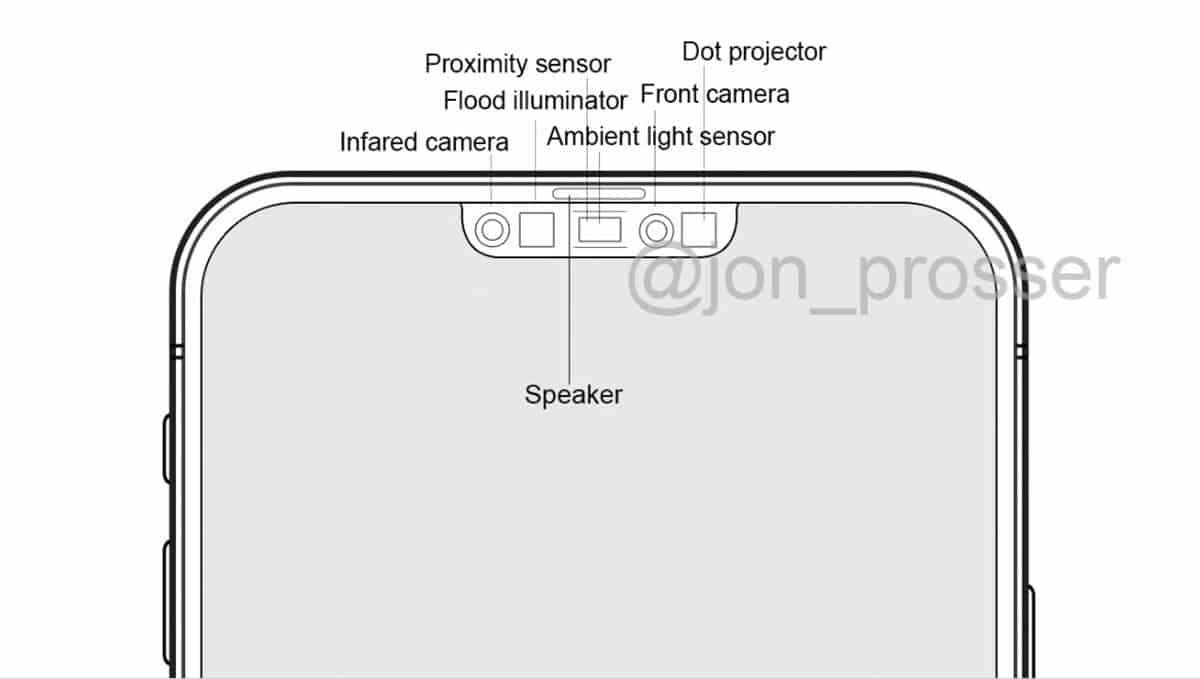 This CAD file highlights the changes made to the TrueDepth system (necessary for Face ID). First of all, we see that the loudspeaker and the light sensor swap places. The other change concerns the microphone which will be visibly integrated into the speaker. Thanks to these innovations, the iPhone 12 should, therefore, have a much smaller notch.

For comparison, here is the image of the TrueDepth system present since the iPhone X and on the two generations of the iPhone that follow it. The size difference between the two notches seems to be at least 30%.

Recall that the iPhone 12 may arrive with some improvements in design. At the chassis level, rumors have already highlighted an iPhone 5s-like design. As for the screen, it is not excluded that the black bezels are also significantly reduced. Of course, 2020 should be the year of the first iPhone with 5G. The new A14 Bionic chip is also expected to provide even more powerful performance to the device. It is likely that Apple will also have taken steps to reduce battery consumption. Another expected innovation concerns the LiDAR scanner which should take place in the rear photo module. This sensor was first released very recently on the new iPad Pro 2020.

The rumors and leaks regarding the next generation of iPhones continue to appear. After the major leak that revealed the supposed design of the iPhone 12 Pro Max this week, yesterday, we had new information also from the tech analyst Jon Prosser who published a tweet saying that Apple will not present an iPhone with a USB-C in the coming years and instead, the company is aiming for a future completely wireless. This reinforces the rumor that emerged last year about a portless iPhone.

Next Realme Narzo 10 Indian Launch Delayed Yet Again, This Time It's Indefinitely