Today, Chinese manufacturing giant, Xiaomi, officially announced that its first-ever MIUI device to obtain the TÜV Rheinland certification will be announced soon. According to Redmi product director, Wang Teng, the MIUI we are looking forward to is here. This sparks speculations that the MIUI 12 is closer than we know. As of now, the next big thing from MIUI is the MIUI 12. Wang Teng is most likely referring to the MIUI 12 UI. However, this certification may not be a software, it could also be an MIUI-wielding device. 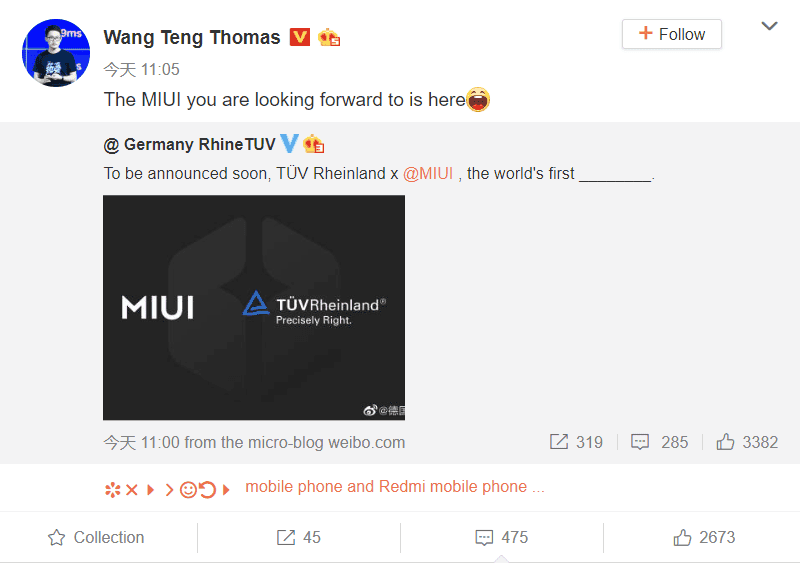 What is TÜV Rheinland certification?

For those who do not know, the TUV Rheinland Certificates certify the safety standard compliance and qualifications of products, management systems, manufacturing processes, and personnel. TÜV Rheinland certificates are really not easy to get and the organization has its headquarters in Cologne, Germany. It also has additional offices in Europe, Asia, Africa, and the Americas. The TÜV Rheinland Group has made a name for itself and its standards extremely high. If TÜV Rheinland certifies a product, you can be sure that it is top-notch in quality. 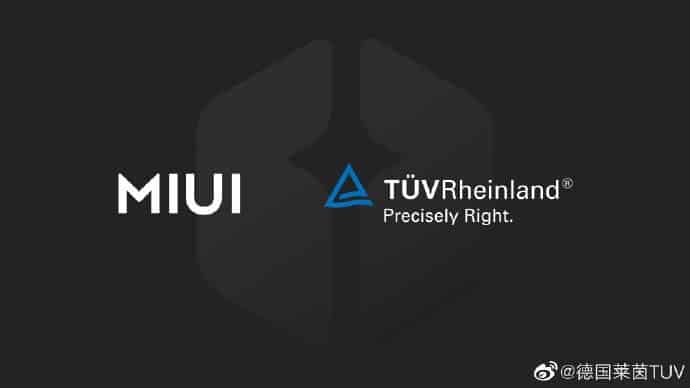 A few weeks ago, Chinese manufacturing giant, Xiaomi, announced that it has stopped the development of the MIUI 11 system. This sparked speculations that the MIUI 12 is already on the way. In recent times, there have been numerous leaks and speculations regarding the MIUI 12 system. First, we saw a long list of Xiaomi/Redmi/Poco phones which are scheduled to get this update. There is even an unofficial app which users use to check if their device is eligible for the MIUI 12 update. However, a moderator on Xiaomi forum recently said that MIUI 12 just started development and there is absolutely no report about it.

Furthermore, XDA Developers recently showed a series of screenshots that give us a first look at the changes in Xiaomi’s upcoming MIUI UI. It is an itinerary for Xiaomi to upload beta versions of its various apps to the Chinese MIUI Community forums. In a new set of uploads, the MiSettings APK is quite different from the older versions. XDA has reasons to believe that these new settings are most likely what we will see on Xiaomi’s upcoming system.

The leak shows that Xiaomi made changes to the design of its refresh rate, focus mode, screen time and advance settings. Furthermore, Xiaomi’s new system design seems generally darker than previous generations. It appears that Xiaomi is working on a system-wide dark mode for its latest system.