An unreleased Realme smartphone has just scored Bluetooth SIG certification. And there’s good evidence that it is the Realme X3 as earlier certifications have pointed it out. The launch is expected to be in early May.

Smartphones these days are prone to leak everywhere weeks before the official and certifications generally happen during this time. Realme’s mysterious model RMX2086 has recently received Bluetooth SIG certification. The same handset with this model number was earlier seen in India’s BIS standard and EEC certifications as well. In addition to this, NBTC certification in Thailand has confirmed that the device is indeed labelled Realme X3 SuperZoom.

This listing shows that the smartphone will have support for Bluetooth 5.1.  The device was recently spotted at Geekbench platform with Snapdragon 855 SoC, 12GB of RAM and Android 10 making it an interesting proposition. 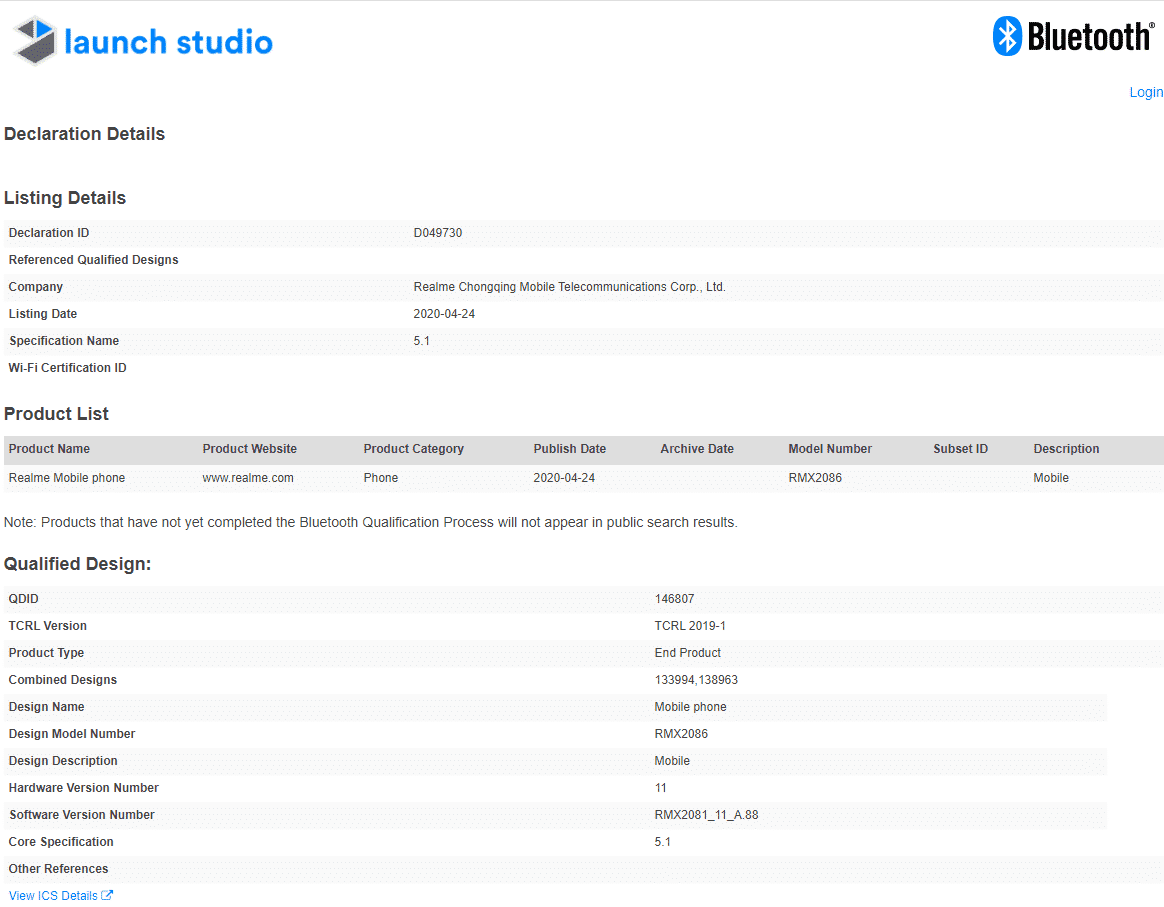 Additionally, it is also rumoured that Realme X3, a toned-down version of the Pro variant could also debut alongside the X3 SuperZoom. It is likely to be the rebranded Oppo A92s that recently debuted in China but we’ll have to see if this is true or not. Nevertheless, Realme is taking advantage of Oppo’s Mid-range models that are launching in China and let’s hope the pricing and specifications are matched right.