Xiaomi‘s sub-brand Redmi is currently working on its next mid-range flagship smartphone dubbed Redmi K30i. A couple of days ago, we reported that the phone will come with 48MP primary sensor. Well, the device has now been part of yet another leak revealing some camera-related information. 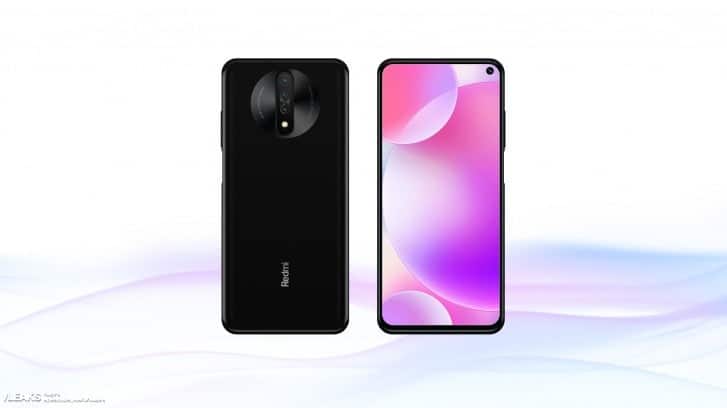 A rendered image of the device has appeared on the web revealing some key details on the device. As per the image, the device will come triple rear camera module accompanied by an LED flash. The rear module also confirms the 48MP primary sensor. The original K30, on the other hand, features a 64MP main sensor. There is no information on the remaining two sensors but we’re expecting them to be for macro shots and background blur.

On the front, the device will come with a punch-hole display located on the top right corner. The cutout will house a single front snapper for selfies and video calling. This means that the upcoming K30i will come with two fewer cameras when compared with the original K30 device. Since we’re comparing these two devices, it is worth mentioning that the K30i will run on Snapdragon 765G just like the original variant.

The Redmi K30i smartphone will bring 5G connectivity to an affordable mid-range segment. The K30i will arrive with an LCD panel and a fingerprint sensor on the side along with the volume rockers. In fact, the device should be similar to that of its vanilla counterpart.

According to previous reports, Xiaomi Redmi K30i 5G will go official by the end of April. Coming to the pricing, the device should arrive with a price tag of CNY 1,799 (i.e roughly $255). With that said, we’re expecting more information to surface on the web in the coming days.