Several owners of iPhones and iPads have reported that their device freezes after receiving a notification with certain signs. According to testimony published on Reddit, it would seem that the sending of the Italian flag associated with characters in the Sindhi language, a Pakistani dialect, would cause the crash of the device which receives the message.

The problem concerns devices that run iOS 13 and iPadOS 13, all versions combined. Why these particular characters? Hard to say. The explanation could simply be that the version of the operating systems does not support the association of the Italian flag and the characters in Sindhi.

There is a new notification that drives iPhones crazy 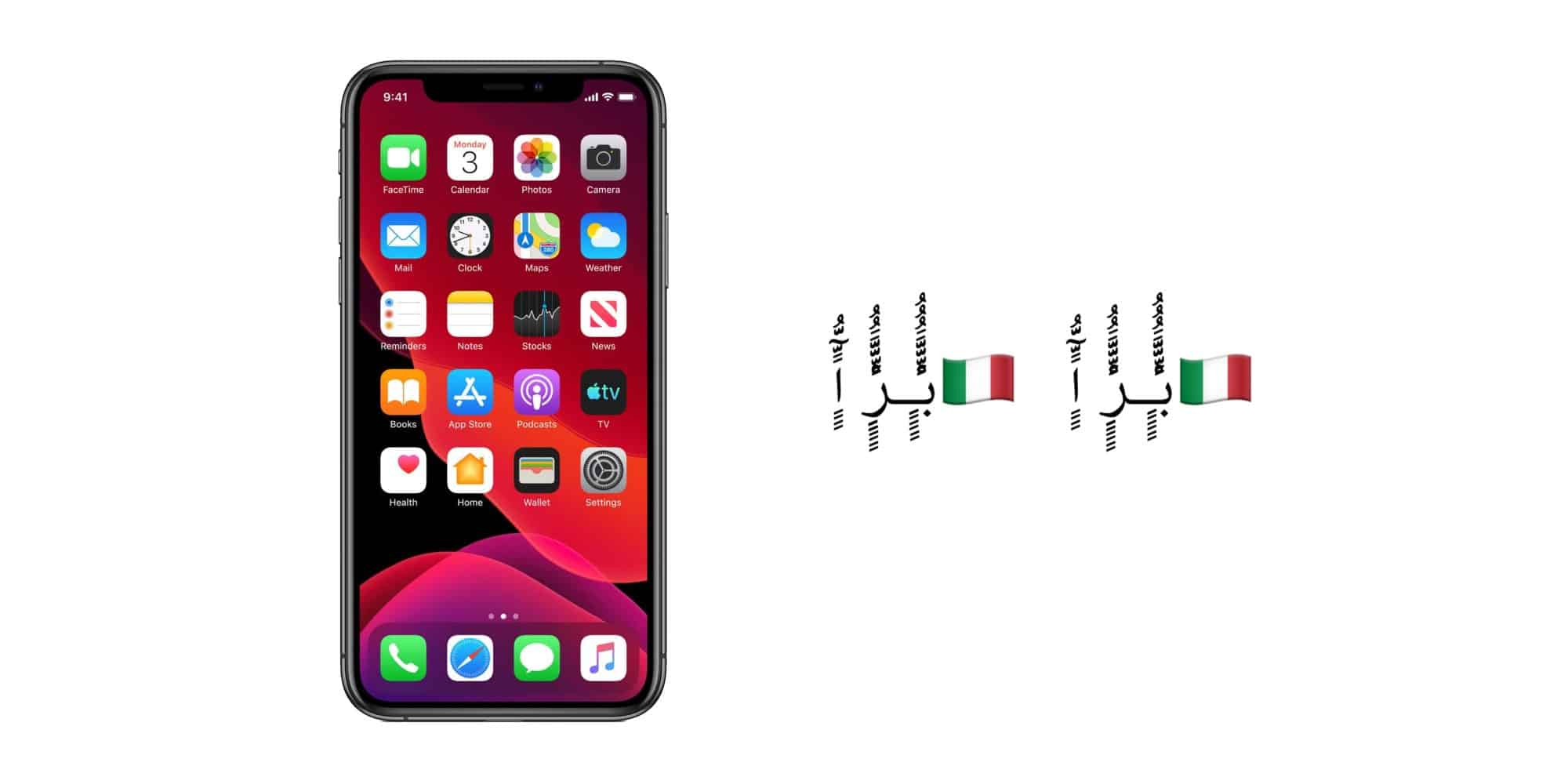 iPhone owners will likely remember a similar problem from 2018. At the time, sending a message containing characters in the Telugu language caused the phone to restart when the message was opened. The operating system version of the iPhone, iOS 11.2.6 was simply unable to support these signs. Some users had fun sending characters in Telugu to strangers in order to crash their iPhones.

A fix on Reddit claims to protect users with a jailbroken device from the bug. Although we do not recommend users to jailbreak their devices:

A new string of characters is making the rounds similar to the Telugu text that would cause iOS to crash. CaptureTheFlag is similar in that it hooks CoreText to replace any occurrences of it with “REMOVED.”

Here is a new video from EverythingApplePro shows that you don’t necessarily even need the Italian flags, just the Sindhi characters.

Does Apple know about this issue?

To date, Apple has not yet released a statement on the matter. But it is very likely that the Californian company’s engineers are already at work to release a fix that can correct the problem. Maybe they could take the opportunity to add to the update also the fix for the bug that jeopardizes the security of the iPhones through a Mail bug. Recently, ZecOps cybersecurity company has revealed a major security flaw in Apple’s native email application.

According to the company, the flaw has existed in the Mail application since iOS 6 released in 2012. In addition, Apple has contacted last March by ZecOps, the firm acknowledged the existence of the flaw. It was corrected in the latest beta version of iOS. A patch should be deployed during the next update for all users in the coming weeks.