After the official announcement of the MIUI 12, the head of Xiaomi Camera (@Queena_Xiaomi) released a teaser video that shows Xiaomi’s new camera app. While this video shows the design of the camera app, it says nothing about the icons. Now, she has shared another image on Weibo showing the redesigned icons of the new MIUI Camera app. The icons are simple, mature, and elegant. 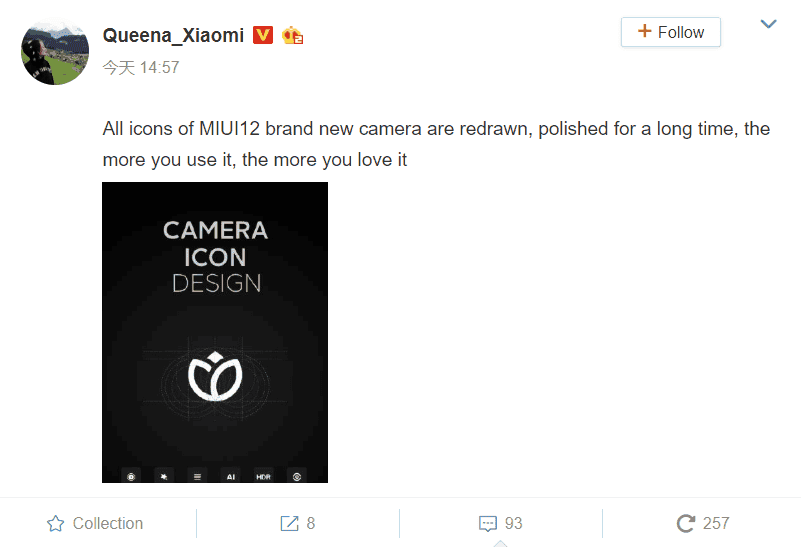 Note that the icons in this image are just outlines and the new MIUI camera app allows users to customize the colours of these icons.

The earlier video from Xiaomi beautifully shows us the features and the new UI of the camera app. Here is a summary of the new features that we will be getting in the new MIUI camera app:

In magic clone mode, the subject of the picture can occur multiple times in different positions. The same person is photographed from different angles and directions.

Now you can hold to record a video. As in previous versions, you were not able to record videos by holding the shoot button but now you will be able to do it. Xiaomi is making it their UI more convenient with features like this.

Also, you can choose different color options in the camera app. Including yellow, pink, purple, blue, and green.

Previous Xiaomi Mi 10 will be launched in India on May 8, finally