In the end of March, Huawei’s sub-brand Honor launched the Honor 30S. In April, the brand completed the family with Honor 30, 30 Plus, and 30 Pro Plus. Now, according to a tipster on Weibo, the company is gearing up to unveil the Honor X10 around May 18-19. The highly-anticipated smartphone is set to replace the successful Honor 9X. Along with it, the company will reveal other products.

The first reports about the Honor X10 emerged during the last month and it is said to become the cheapest 5G handset from Huawei. Apart from the handset, the tipster states that the company will reveal new Honor MagicBook models with upgraded processors. We can expect them to carry the Ryzen 5 4500U and Ryzen 7 4700U CPUs. Apart from the new laptops, the company will unveil a new router, smart TV, and Honor table. That of course, if these claims are true. 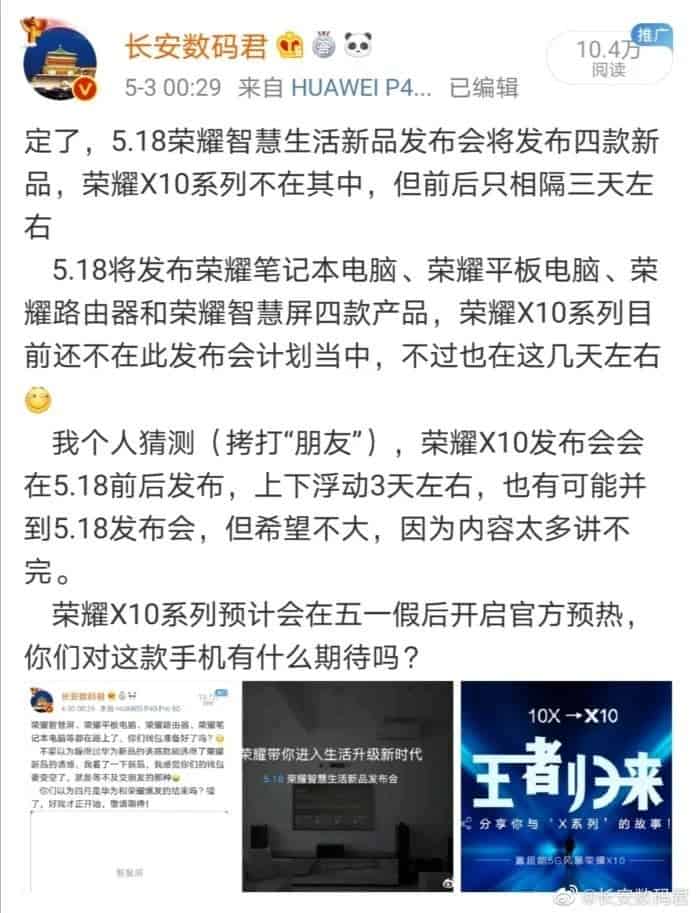 When it comes to the Honor X10, the first difference that we can spot is the naming. Instead of Honor 10X, the company is changing the “X” placement, apparently, to avoid confusion with the yet-to-be-revealed Redmi 10X. Under the hood, the 10X is said to come with the 5G-capable Kirin 820. Moreover, it will include a 6.63-inch IPS LCD display with FHD+ resolution. The device is likely to come with a punch-hole for the 16MP selfie shooter.

Moving around to the back, we have a triple-camera setup comprising 40MP + 8MP + 2MP modules. Recent reports suggest that the main sensor is Sony’s IMX600y custom sensor. The rear part is clean since the fingerprint scanner is placed on the side. According to recent leaks, the handset has 163.7 x 76.5 x 8.8mm overall dimensions and weighs in at 203g. 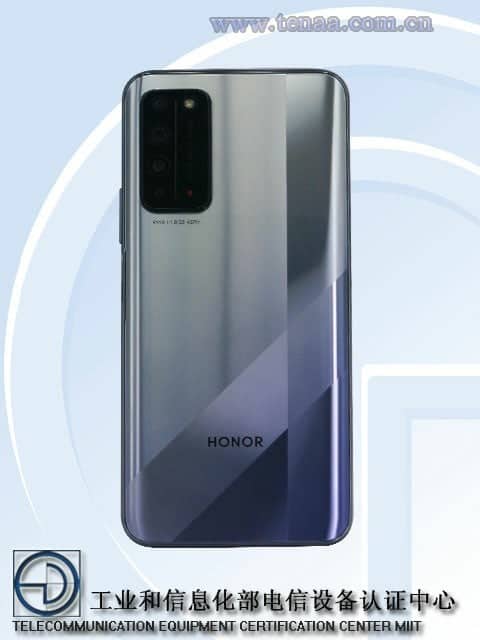 The handset should pack a 4,200mAh battery with 22.5W fast-charging. The phone will include Magic UI 3.0 with Android 10 running underneath. Last but not least, the Honor X10 will come in four colorways – Light Speed Silver, Racing Blue, Burning Orange, and Speed Probe Black.

We suggest you digest these rumors with a pinch or two of salt. However, if they are accurate we’ll probably see a confirmation from Honor in the coming days.