Qualcomm might have allowed Xiaomi to leak its new Snapdragon 768G 5G SoC even before launch. Earlier, a new K30 5G Speed Edition with the SoC, got listed on JD.com. While many thought it could be a typo, a tipster has recently posted the specifications of the SoC on twitter and it looks like the SoC is already commercially ready now.

Going into the details, a tipster named @xianjingmaoxian has posted the specifications of the SoC on twitter. The new Snapdragon 768G SoC has 5G support like the 765G that launched a few months back. It is shown as an Octa-core CPU with similar cluster arrangement as  the 765G, but with different clock speeds.

The Snapdragon 768G seems to have two High-performance cores clocked at 2.8GHz and 2.4GHz, while the power-efficient Cluster made up of six cores are clocked at 1.8GHz. This makes us believe that the same Cortex-A76 arrangement found on the 765G, is likely to be on the new SoC as well.

On the GPU side of things, it is supposed to have the Adreno 620 GPU. Similar to the CPU, the GPU is also the same but with a slight improvement in frequency and that seems to be the case here as the leakster says the 768G is expected to have a frequency of 750MHz compared to 625MHz found on 765G. 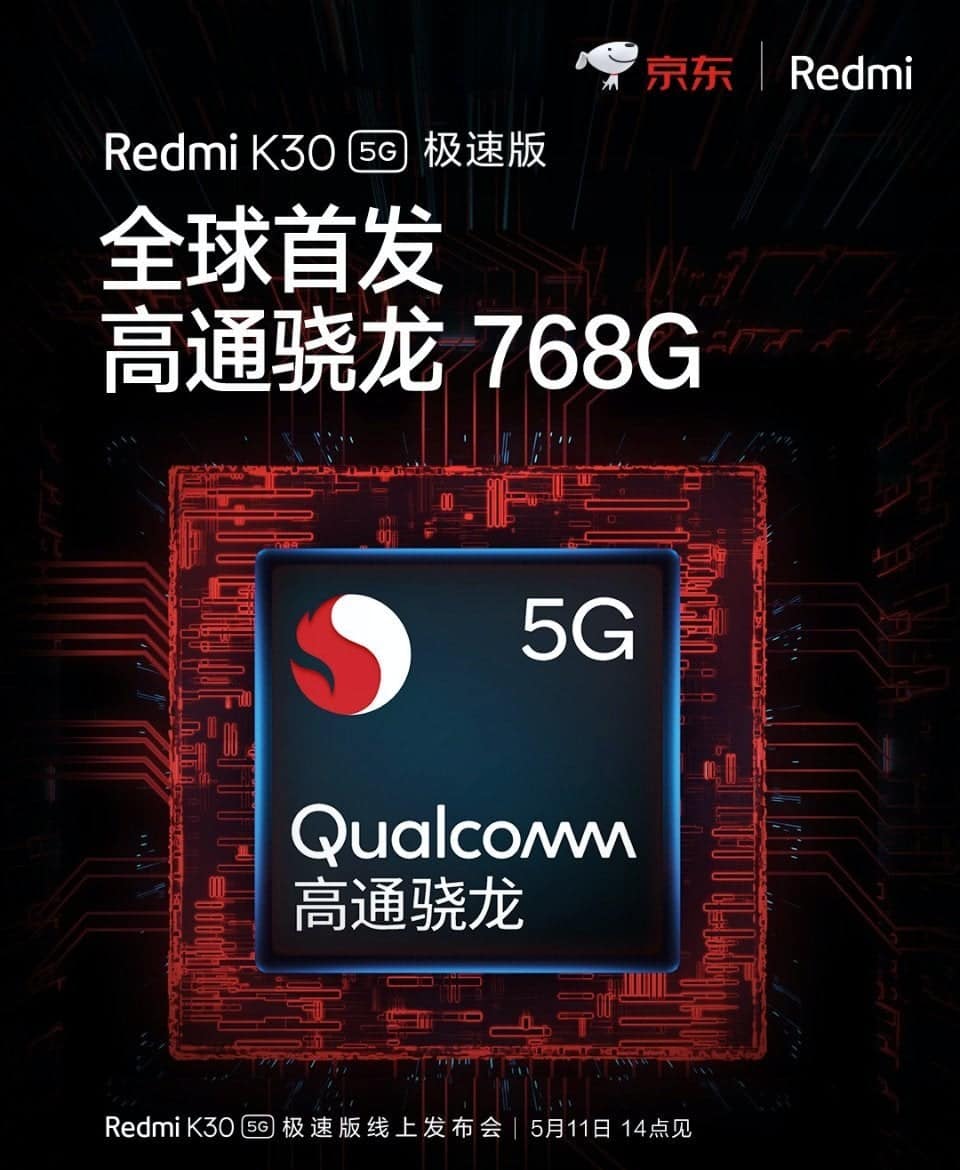 All in all, this indicates a slight improvement of about 10% from the predecessor. This also translates to a slight improvement in AnTuTu benchmark with 768G scoring 360,000 which is a very respectable score, as stated by the leakster. However, there is no evidence of benchmarking available as of yet.

Though many thought the listing on jd.com to be a fake, looking at the latest leaks, it seems that Qualcomm must have improved the already beastly 765G a bit more to end up with the 768G. That being said, all the speculations and leaks will be put to rest once the product hits the store shelves or when Qualcomm announces it officially anytime soon.

Previous Google unifies all its messaging apps into a single team

Next Xiaomi, Oppo, Vivo and Samsung will resume smartphone manufacturing in India