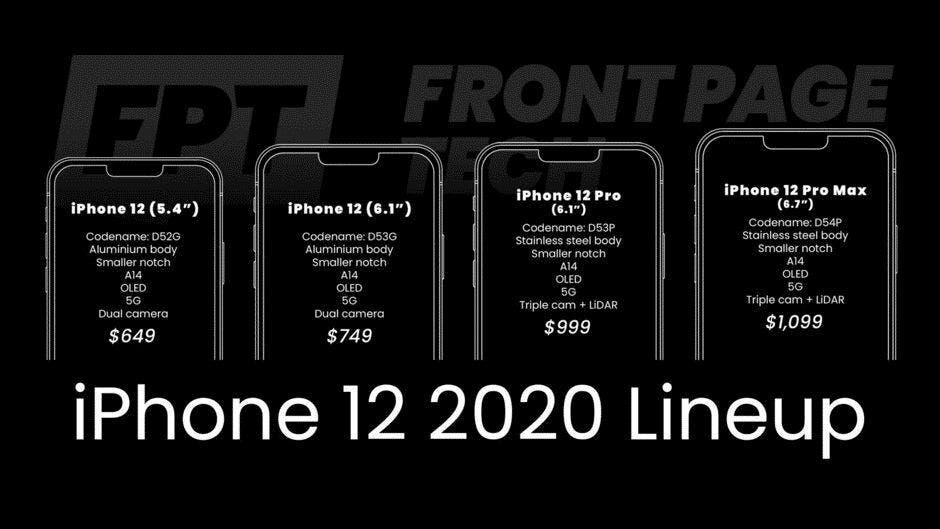 The metal frame will further extend to the back glass to increase the anti-fall performance. The iPhone 12 will not have a dark green colour like iPhone 11 Pro. Instead, it will have a new blue colour.

According to speculations, the iPhone 12 Pro will come with a 120Hz Pro-motion variable refresh rate screens. All four iPhone 12s will use an OLED screen. This is against initial speculations that some models will use LCD displays. Furthermore, the think bezels of the iPhone 11 series will not be in the iPhone 12 series.

When it comes to battery, Apple is very conservative with information. In fact, even at launch, Apple does not officially reveal the battery capacity of its iPhones. It takes disassembling from professionals to see the battery capacity of Apple’s iPhones. However, the speculations regarding the iPhone 12 battery say that its battery will be larger than the previously speculated 4,400 mAh. Apple does not have a track record of using such large batteries. Its largest is that of the iPhone 11 Pro Max which comes with a 4000 mAh (3,969 mAh) battery.

The iPhone 12 series will come with better Face ID function while the notch size will reduce. Furthermore, the iPhone 12 Pro Max will use an on-screen fingerprint recognition sensor.

Due to the poor performance of the 64MP, Apple will continue to use the 12MP sensor. However, the autofocus speed is 2-3 times faster and it adds the radar lens of the iPad Pro. This sensor may support 3x optical zoom and 30x digital zoom.