A few months back, Xiaomi launched a couple of monitors. They are called the Xiaomi Monitor and the Xiaomi Surface. The former model is for main tasks, while the latter is for gaming. However, after the separation of Redmi from the ‘mother brand’, we have seen a lot of cases when Redmi products make tough competition to it. So why can’t it be done in this field as well? Recently, there were rumors that the company is preparing to release the Redmi Display. Today, we can learn about some features of the upcoming monitor. 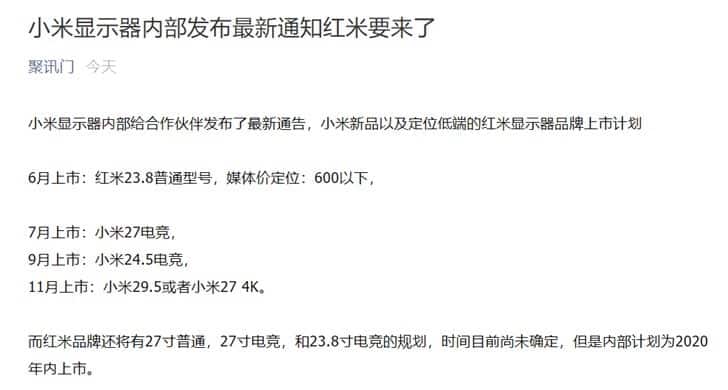 It turns out the Redmi Display will be 23.8 inches in size. In other words, this product will directly compete with the Xiaomi Monitor. Also, the source that revealed this information has done the same for the Xiaomi models. So there is every reason to think the information is quite accurate.

Previous Huawei Resumed More Than 90% of Production and R&D