According to a report from The Korea Herald, companies managed to push forward its 5G smartphone campaign even with all the restrictions imposed by the ongoing COVID-19 pandemic. During the first quarter of 2020, Samsung was the leader in global shipments of 5G smartphones. Interestingly enough, it was the only company among the top 5 that isn’t based in China.

The South-Korean behemoth shipped over 8.3 million units out of the total 24.1 million for the first quarter. With this result, the company grabbed a 34.1% slice of the market. In a close second place, we have Huawei. The Chinese giant shipped over 8 million 5G phones between January and March. During the last year, the company had an early lead with 6.9 million 5G phones, slightly ahead of Samsung’s 6.7 million. However, the last year’s offer of 5G smartphones was smaller than this year. In 2020, we are seeing the advent of first mid-range phones sporting the new connectivity standard. 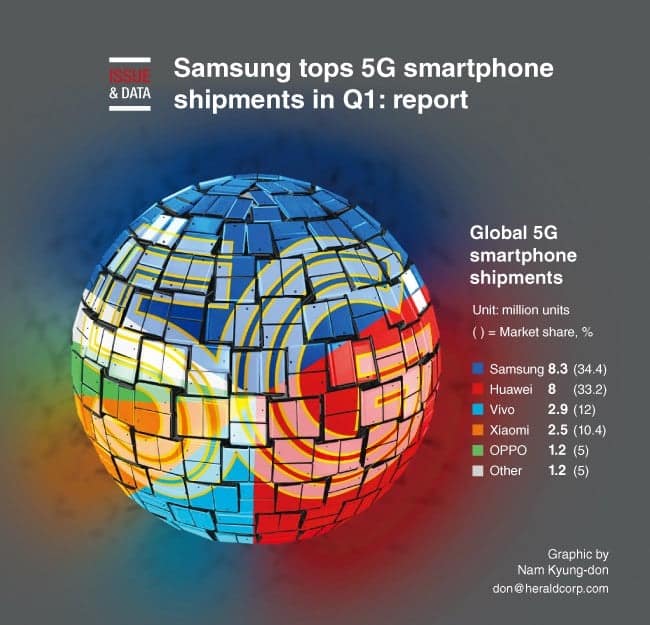 Anything can happen in Q2 2020 since a massive drop in smartphone sales is expected. However, we can already say that Huawei released more 5G smartphones this year than Samsung. So these results can be different in the coming months.

Previous How to use Ulefone Armor X7 to make TikTok videos?