Early last month, Chinese manufacturing giant, Xiaomi, released the Xiaomi Mi Air 2S. This true wireless earbud comes with better battery life (24 hours) with improved Bluetooth technology. However, it comes with a $56 price tag. Now, the company has released a cheaper alternative. This is the Xiaomi Mi Air 2SE true wireless Bluetooth headset. Presently, this headset on pre-sale at Tmall. It will be available for sale on May 19 and it has a 169 yuan ($24)  price tag. 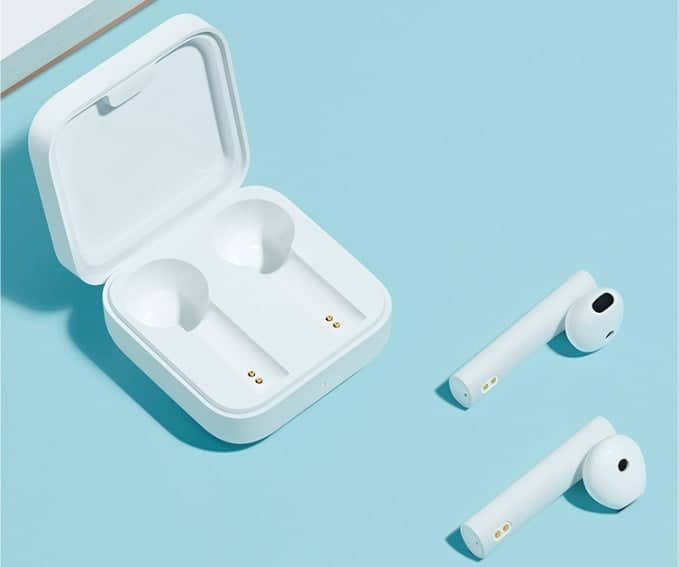 The Xiaomi Mi Air 2SE true wireless Bluetooth headset can be used for about 5 hours on a single charge. The charging case can extend its usage time up to 20 hours. This headset has two built-in microphones and uses beamforming technology to eliminate background sounds during a call.

The Xiaomi Mi Air 2SE headset and MIUI are deeply customized. When you open the charging box, the headset connection interface will pop up. After connecting, you can check the power of the headset and the charging box. Furthermore, this new earphone adopts a split true wireless design. This means that both earbuds work independently. There is no “main” earbud or “master-slave” relationship.

In terms of acoustics, this headset has a built-in 14.2mm large-size moving coil which supports AAC codec. In addition, with a simple touch, you can control calls as well as music on the headset.

Previous Samsung Galaxy Fold Lite will cost $1,100 and will be powered by Snapdragon 865