Chinese manufacturer, Realme, is quite young in the smartphone/accessories manufacturing industry. However, since its inception about two years ago, the company has made significant progress. After releasing a couple of smartphones in the past two years, the company now wants to try its hand on a gaming phone. In recent times, there has been speculation of a “Realme Blade Runner” that would launch alongside other devices on May 25. The “Blade Runner” name is just a codename and Realme has officially confirmed the name of this device. According to the company, this gaming phone is the Realme X50 Pro Player Edition. 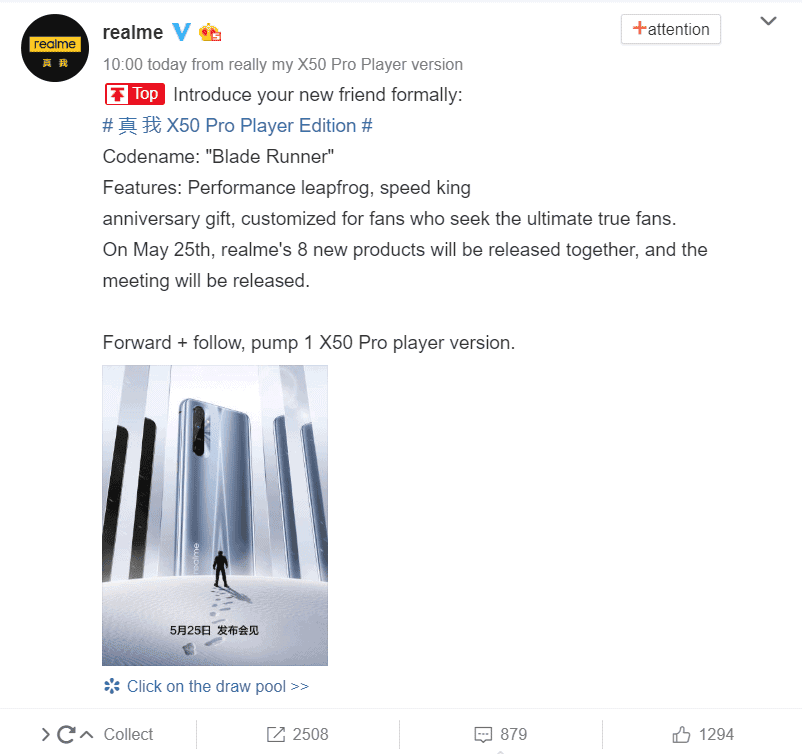 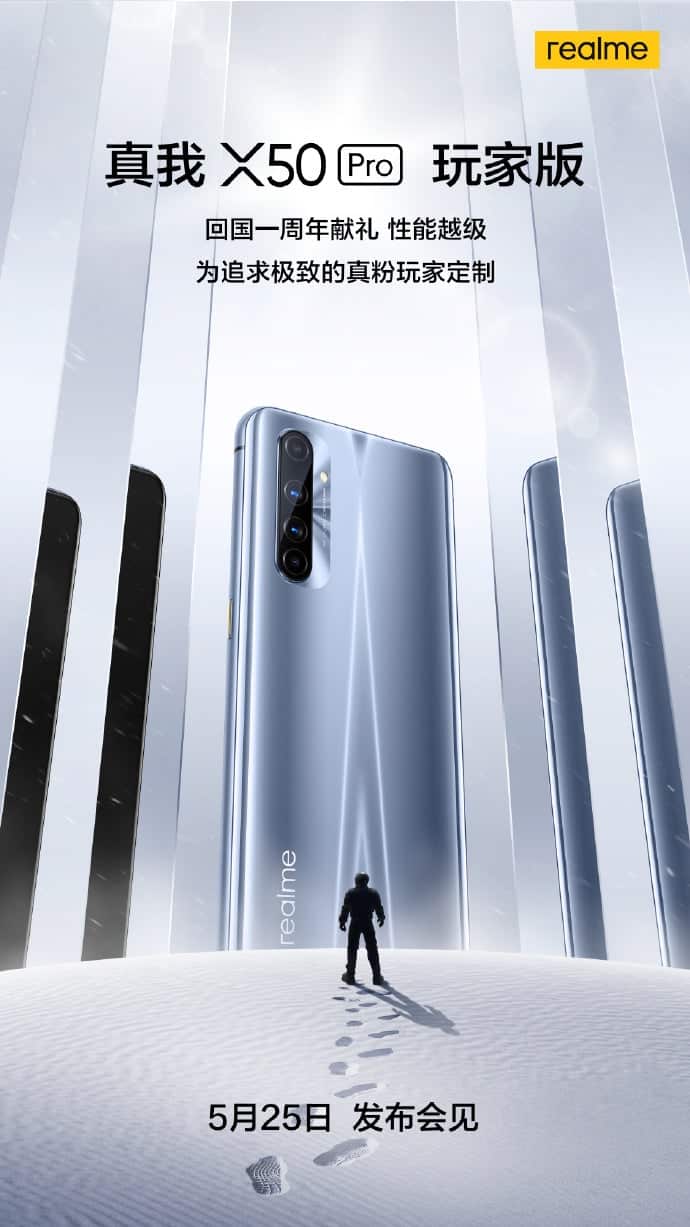 As a gaming smartphone, we do not expect anything less than the Snapdragon 865 SoC. The regular version uses this chip thus the Player Edition should not use anything less. In fact, there are reports that the model number RMX2072 is for the Realme X50 Pro Player Edition. This device (RMX2072) recently appeared on AnTuTu with an SD865 SoC and a score of 600,806.

If Realme calls this device a gaming smartphone, then there are some specs that would make it stand out. Unfortunately, there is no information on its gaming capability. However, its 3C certification shows that it will use a 65W fast charger. Also, a large battery, say 5000 mAh, would not be a bad idea.

This smartphone will be the protagonist of Realme’s May 25th launch event which will include other Realme products like smart TV, smartwatch, wireless earbuds, power bank, etc.

Previous Finally!!! TSMC will invest $12 billion to build a 5nm chip factory in the U.S.

Next Redmi 5G phone with Dimensity 800 appears on TENAA