This afternoon MediaTek officially released the Dimensity 820 processor and invited Xiaomi Group Vice President and Redmi brand general manager Lu Weibing. On the stage, Lu Weibing revealed that the upcoming Redmi 10X will be the world’s first with this chip onboard. By the way, its AnTuTu score exceeded 400,000. 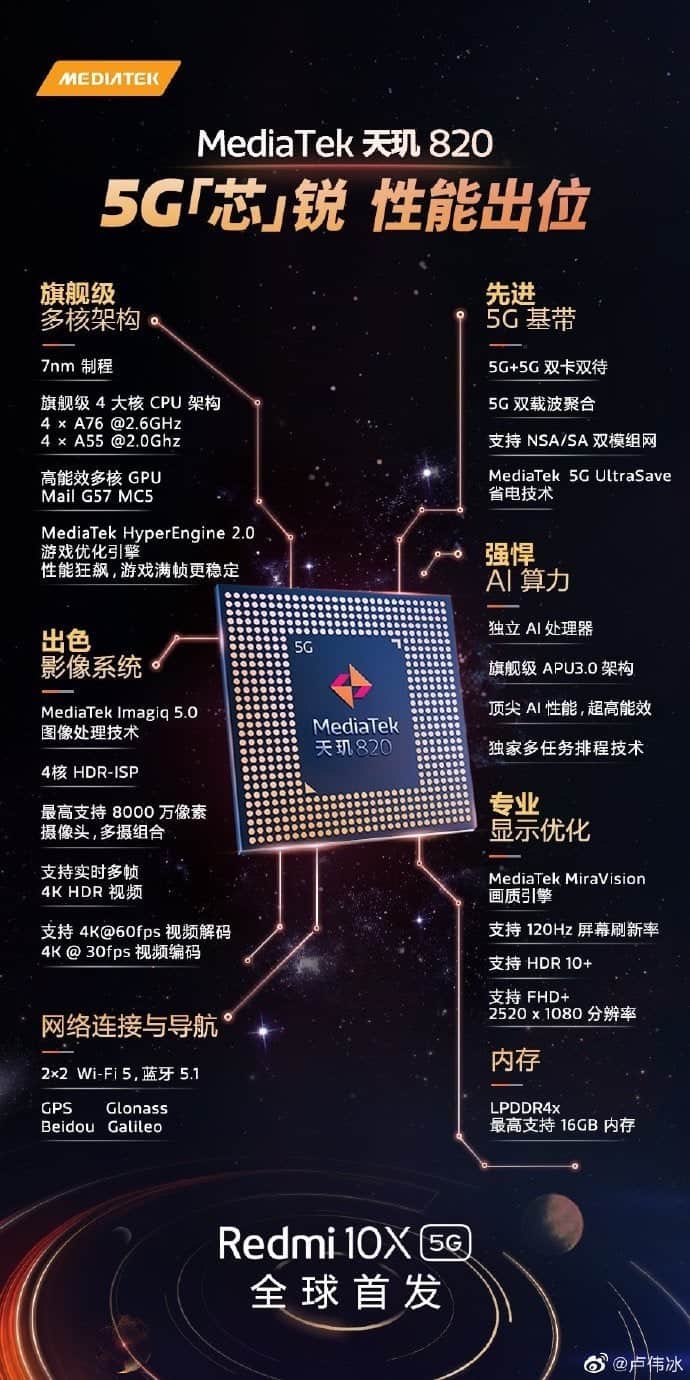 The Dimensity 820 processor uses the same APU architecture of the Dimensity 1000+, the independent AI processor APU3.0, and the Zurich running score is 300% of the Snapdragon 765G. 4-core architecture improves face recognition, image optimization, and AI video.

The Dimensity 820 claims to be equipped with the world’s most advanced M70 5G baseband. It supports NSA / SA, 5G + 5G dual card dual standby, 5G dual-carrier aggregation. Also, it comes with an exclusive UltraSave 5G power-saving technology. MediaTek said that the 5G power consumption of the Dimensity 820 is lower than that of the 765G.

In addition, the Dimensity 820 supports MediaTek Imagiq 5.0 image processing technology. The latter uses a 4-core HDR-ISP, supports up to 80MP multi-camera combination, and can shoot multiple frames of 4K HDR video. This chip comes with the exclusive MediaTek MiraVision image quality engine, which supports a maximum screen refresh rate of 120Hz and HDR10 +.