According to recent reports and a leaked render, Honor is gearing up to reveal a new successor for the last year’s very successful Honor 9X. The initial speculations pointed out that this handset would come as Honor 10X. After all, it’s natural to see it following the name-guidelines of its predecessor. However, fresh findings from the Chinese Leakster Digital Chat Station reveals that Honor may soon announce it with a new name – Honor X10. 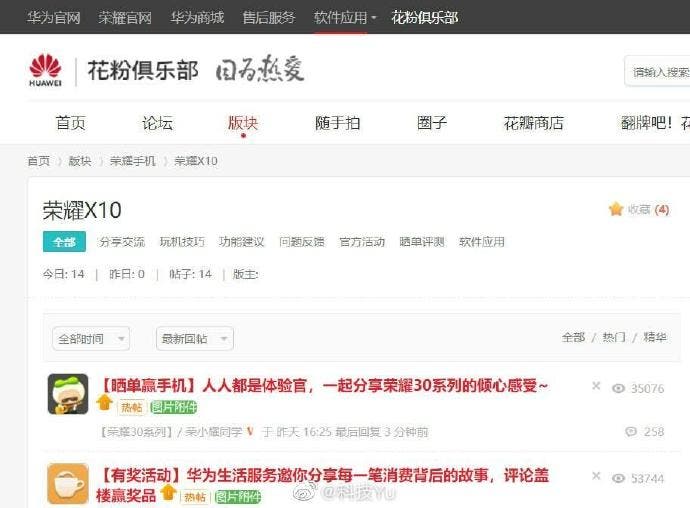 First of all, we have a listing for Honor X10 phone in the Huawei forums website. Unfortunately, the listing seems to be no longer available. But thankfully someone managed to take a screenshot and quickly shared a screenshot at Weibo. Moreover, we have Digital Chat Station post, who claims that Honor is really shifting the “X” place in this lineup. 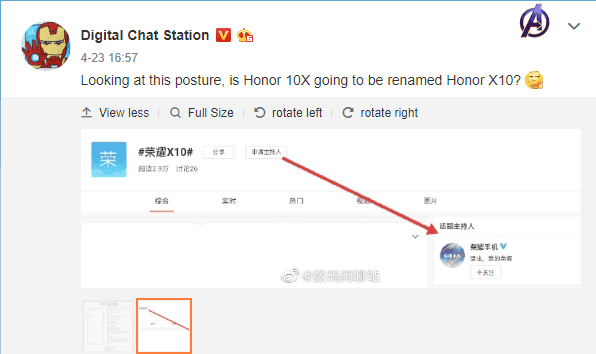 Last but not least, a listing of Honor X10 surfaced on Jingdond Mall. It’s an unofficial listing that only mentions the name of the device. There are no details regarding specifications. However, it seems to be from a reliable seller. Apparently, there is a reason to explain the Honor decision.

In the next few days, Xiaomi will announce a new smartphone dubbed Redmi 10X in China. Apparently, Honor is trying to avoid confusion with this particular device by renaming its handset to Honor X10. While it’s a bit strange, we can understand the company’s decision. The last year’s Honor 9X was very successful, let’s see how the company will perform the next device.

Previous Galaxy S9 and Note 9 will receive One UI 2.1 update

Next Realme TV gets certified by Google, launch soon