It seems that Google decided to announce the prices for smartphones that will be released this year in advance on the Web. Below you can see a screenshot of a survey conducted by the search giant, from which it becomes clear that the Pixel 4a will probably cost $349, and the Pixel 5 will cost $699.

Of course, the survey is not a direct confirmation. And the models are not directly indicated there. But in the survey, there is a description of the devices from which everything becomes clear. 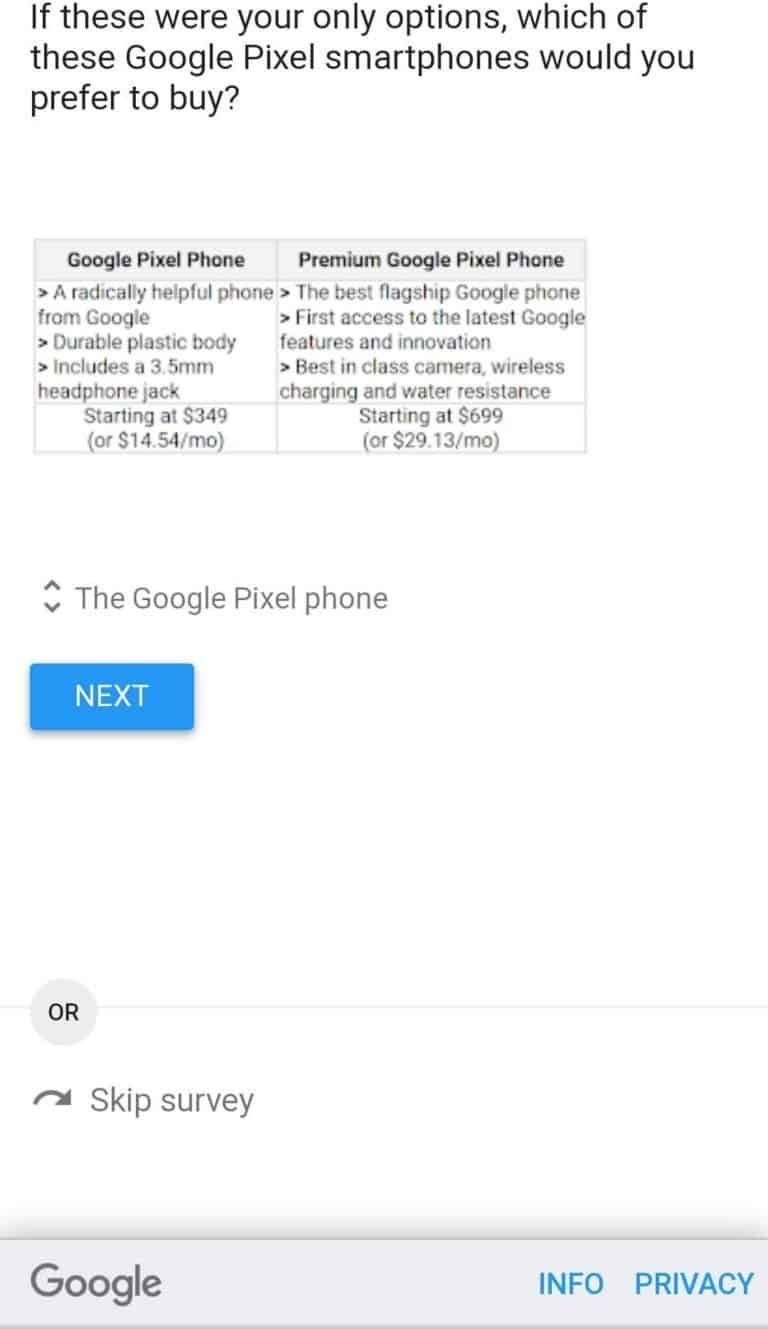 Google Pixel 4a will arrive without the Active Edge function

In addition, if we are talking about the Pixel 4a, the price of $349 is consistent with recent rumors. At the same time, the device will be equipped with 128 GB of flash memory for such money. But it will lose Active Edge support.

Can confirm that Active Edge is not available on @julio_lusson's Pixel 4a.

Many may know this function in previous Pixel smartphones or HTC devices. The smartphone can be squeezed to perform a function, for example, to start the assistant or the camera quickly. From my point of view, I have to say that, despite its presence, I never used this function. And I even felt it to be superfluous. Therefore, I will probably not notice their alleged lack of the Pixel 4a or subsequent devices such as the Pixel 5. But other users can certainly rate this differently.

The question that remains is whether Google is switching the function. At the beginning of the year, it was rumored that Google also allows functions to be carried out by tapping the back of a pixel smartphone with Android 11.

As for the Pixel 5, judging by the numerous rumors and leaks, it simply must be cheaper than the Pixel 4. It was available last year at $799. Firstly, the Pixel 5 will not have a top-end Qualcomm platform. Instead, we are waiting for the Snapdragon 765G or 768G. Secondly, the Pixel 5 allegedly loses Motion Sense and may also lose Active Edge.

Next Without Apple's help, the FBI has managed to unlock the iPhone