Realme’s big launch event on May 25 will see the company enter into unchartered territory with its first Realme TV and Realme Watch. The launch will be online and a landing page has just dropped many juicy details about the highly-anticipated wearable. More importantly, official renders of the watch have also been revealed on the same page.

In terms of design, the Realme Watch opts for a square-shaped dial similar to the Apple Watch with replaceable straps. The colour display itself is touch-enabled, 1.4-inches, which Realme says is the biggest screen in its price segment. Of course, what that “segment” is will only be known at launch. The other key features are 24/7 Health Assistant and Smart Connect that enables Smart Notifications, Music Control, and Camera Control. 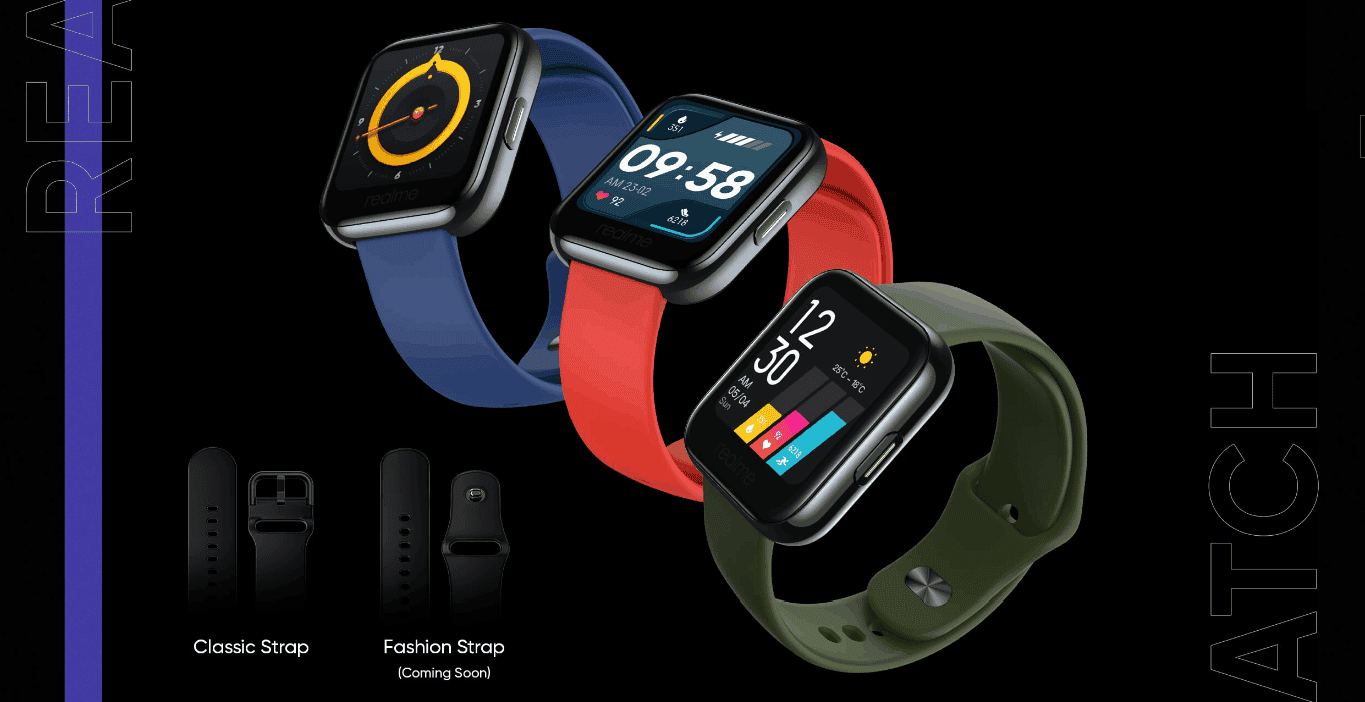 Similar to the Realme Band, the Realme Watch will connect to smartphones using the Realme Link app. All customizations such as changing watch faces as well as other settings and detailed fitness data will likely be available through the app only.

The heath assistant is a typical activity tracker with 14 sports modes including running, walking, football, cricket and more. The watch also has a heart rate monitor and a Blood-oxygen level (SpO2) monitor. 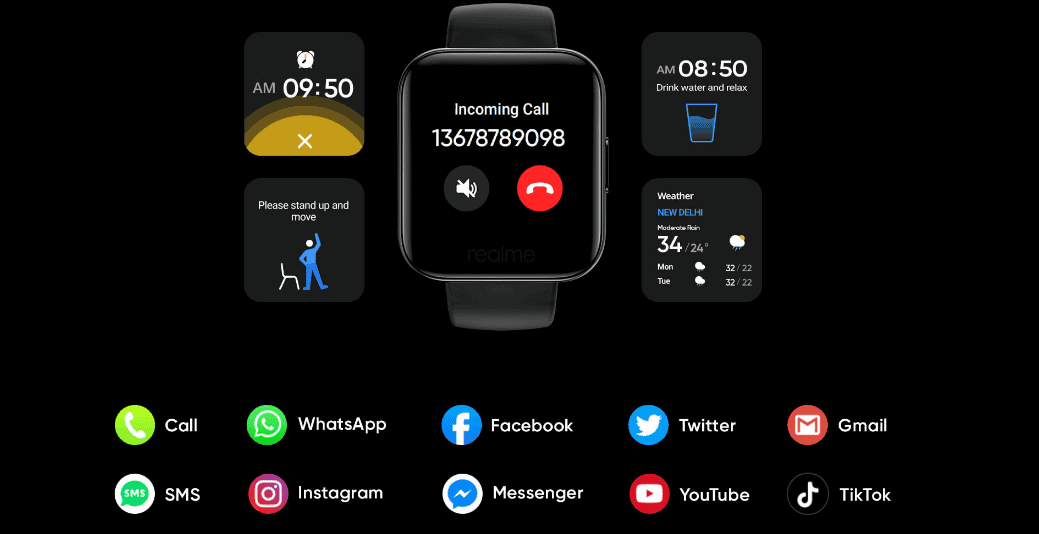 Users will also be able to control music, something that many users in India demand, and the smartphone camera via the watch. At the moment, it seems, the Watch will only be available in Black whereas the straps will have Blue, Red, and other colours to choose from.

We expect the Realme Watch to be priced somewhere around Rs 5,000 in India.

Next Sony to hold a press conference next month - Sony PS5 loading...