Realme is gearing up for one of its most important events for 2020. The reason behind this claim? The company will unveil no less than 8 new products. Among them, we have new hearables, the company’s first smartwatch, Realme X50 Pro Player, and Realme TV. It’s the first smart TV to come for the 2-year-old brand. After starting the day with teasers for its smartphone, the company is now building some hype for its TV. 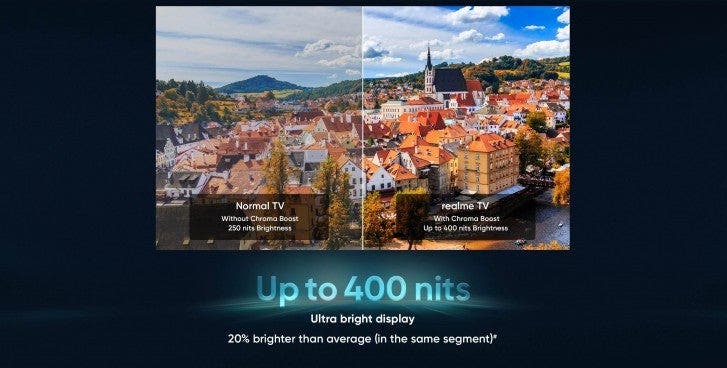 According to the company’s teasers, the Realme TV will come with a “premium bezel-less display” and it will be very elegant. Moreover, this panel can deliver up to 400 nits of brightness and that is 20% more than average TVs can reach in this price segment according to Realme. Behind the image processing tasks, the company will be using the Chroma Boost Engine. This particular feature is available in some of the Realme smartphones. Now, it is making way to the company’s first smart TV. The sound department will be covered by four-lined speakers. According to the company, they will deliver 24W total output and will be powered by Dolby Atmos technology. 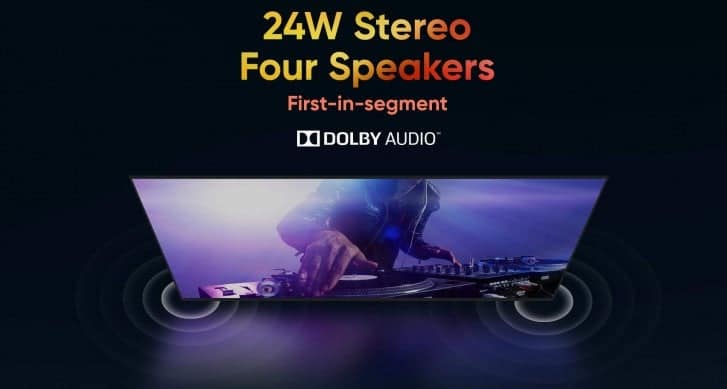 Under the hood, the TV will boast a MediaTek chipset with a 64-bit CPU. It’s Cortex-A53 based and also packs a Mali-470 MP3 GPU. According to the company, this chipset may be a first-in-segment. Perhaps, the company means that this is the first TV to feature such chipset from MediaTek. After all, there are plenty of 64-bit smart TVs in the market. Chances are high that this TV will run a custom version of Android TV, but this can’t be confirmed right now. At least, we know that it will support voice commands.

According to India’s BIS, the Realme TV will be available in two sizes – 43-inch and 55-inch. Moreover, it will make use of premium QLED panels. We’ll have to wait for more details, but they’ll eventually come. After all, the company seems to be very interested in building hype for this particular device.