This morning, Microsoft’s annual developer conference opened online for the first time in a fully digital form. Of course, the COVID-19 epidemic changes the world. But we have never thought the changes will become so significant. Anyway, at the conference, the Redmond-based company issued a few statements, uncovered a few new products, and revealed some interesting data.

Among them, the InterpretML toolkit can be used to explain the meaning of different parameters in the model and help developers understand the behavior of machine learning models. The Fairlearn toolkit can evaluate and correct the fairness of artificial intelligence systems and will be built into Azure from June Machine learning service. WhiteNoise toolkit jointly developed by Microsoft, Harvard Institute of Quantitative Social Sciences and Engineering Institute can achieve differential privacy-while the model explores insights from privacy data. It uses statistical principles to ensure privacy such as name and birthday information. The machine learning operations (MLOPs) built into Azure Machine Learning allow developers to track and automate the entire process of building, training, and deploying models. They can provide enterprises with requirements to meet regulatory and compliance requirements.

Second, Microsoft announced a partnership with OpenAI. The company has built a supercomputer ranked world’s top five. It comes to train a large-scale artificial intelligence model in Azure public cloud. This supercomputer has more than 285,000 CPU cores as well as 10000 GPU cores. Each GPU has a single system supercomputer with 400Gbps network bandwidth. 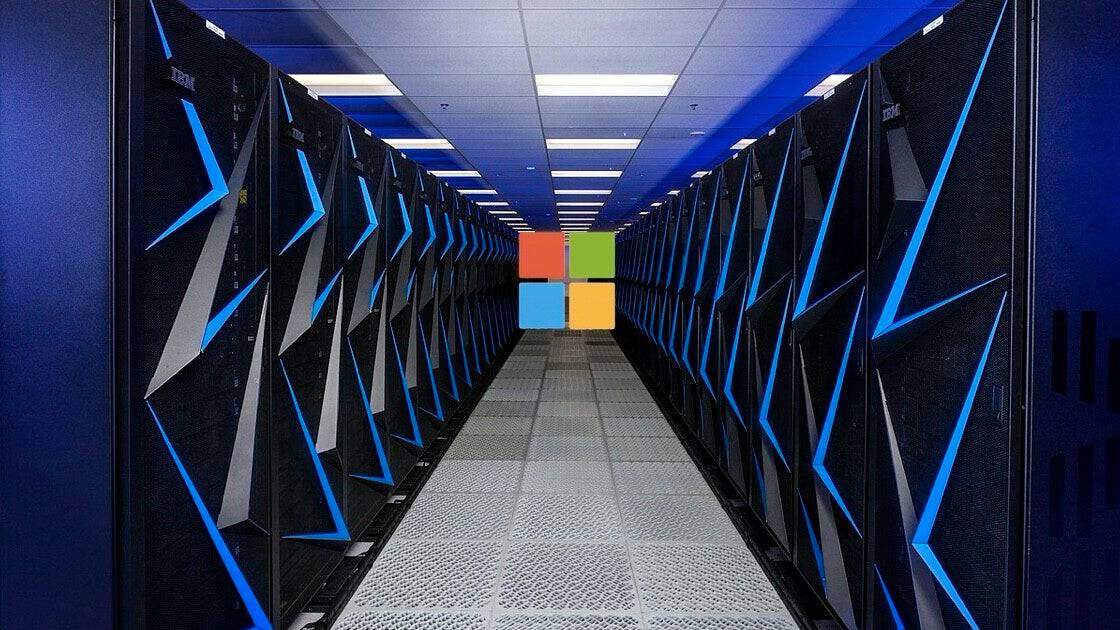 At the meeting, Microsoft CEO Satya Nadella said, “In two months, we saw a digital transformation that would have taken two years.” Microsoft pointed out that the Microsoft Teams smart conference service, which is a core component of Microsoft 365, played an important role.

Microsoft also disclosed that the total number of Windows 10 devices in the world has exceeded 1 billion.

Every time Microsoft creates something, we think it will change the world like Windows 95. And we have the same feeling for the supercomputer designed by Microsoft as well. Honestly, other big companies are working on similar projects and have their own supercomputers. But they didn’t change the world, right?