Amazon seems to be getting into the shoes of Swiggy and Zomato as the company has begun a food delivery service in the country. The company had earlier planned to begin the pilot program back in March. However, it had to postpone the complete roll-out owing to the lockdown rules.

The e-commerce giant began its testing program with select partners in Bangalore back in March. It started when CEO Jeff Bezos earlier at a conference in Delhi. He announced an infusion of $1 Million into small and medium companies of the country to help revive businesses.

The company has begun deliveries by partnering with select restaurants in Bangalore. The service through the Amazon App is currently available in Bellandur, Haralur, Marathalli, and Whitefield suburbs of Bangalore. 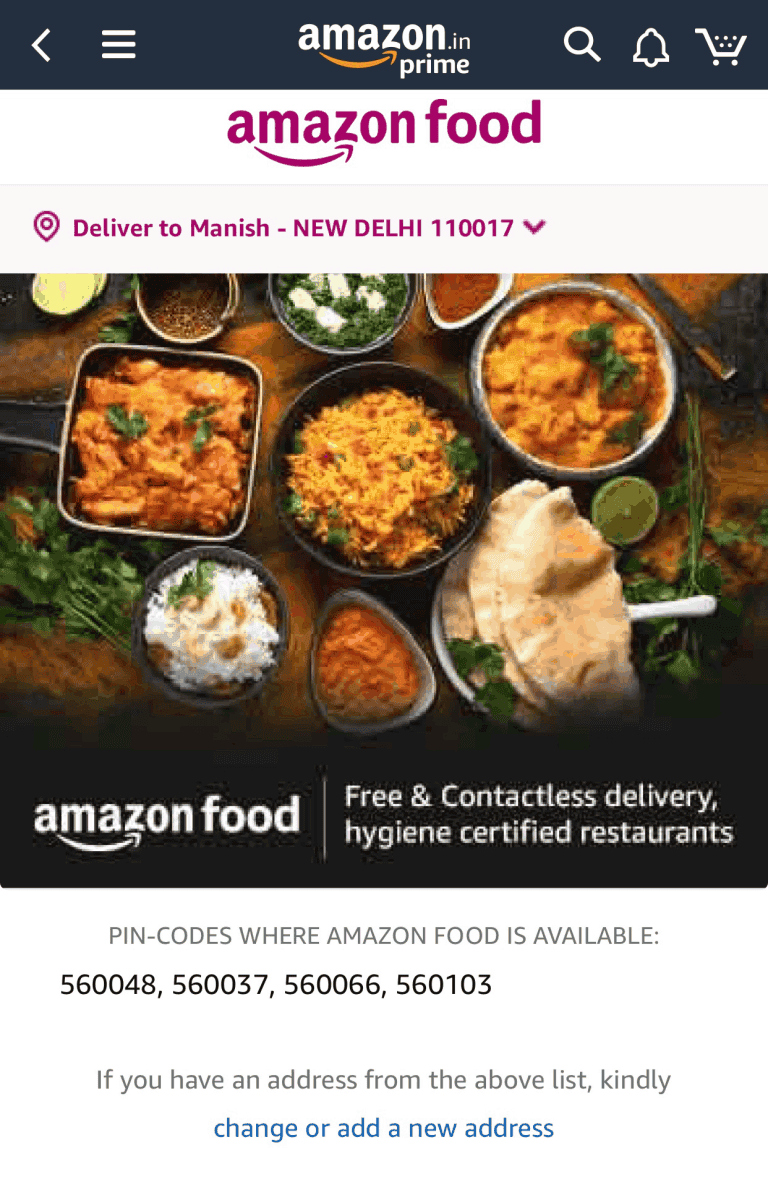 Amazon customers have been requesting for a food delivery service for some time.  Additionally, the company assured that only restaurants with high hygiene standards will only qualify for partnership.

Amazon’s venture into this segment is likely to topple the already-stumbling start-ups like Swiggy and Zomato. Both the companies have been facing more than $15 Million losses in the past couple of months . This could be due to the fact that people are scared to order food online fearing any infections in the process.

This has resulted in Swiggy, letting go of more than 2,100 employees and Zomato eliminating about 520 roles in the company, despite acquiring UberEats earlier this year.

Research firms have pointed out a price restructuring for the start-ups to sustain the heavy current of losses.

A Bangalore based firm RedSeer has said that the current price tag of a food delivery item stands valued at $4. This is low compared to $33 dollars in developed countries like the USA. Hence, a need for reducing the cost of food items seems to have choked the companies already.

Amazon already has Prime Now and Amazon Fresh for delivering prioritized grocery items through its pantry system. Nevertheless, sketching out a way in a crowd of firms will be the only point running inside the minds of rival firms like Swiggy, Zomato and Google-backed Dunzo in the coming months. Well,  at least in the city of Bangalore as of now.