Xiaomi is leaving no stones unturned when it comes to foldable display technology. Well, as far as patents go. The company has tried various models in the past. This latest patent submission points to a clamshell model with a horizontally rotating camera.

The recently published patent, as spotted by LetsGoDigital, shows a foldable display present on a clamshell module like the Galaxy Z Flip and Moto Razr.  However, the unique feature here is a horizontally rotating camera. There’s a quad-camera setup on one side and a single camera module on the other. We guess it could be a selfie snapper.

The design strikingly resembles other foldable phones like the Galaxy Z Flip with two separate frames fused together through a rotating slider. The foldable display seems to be embedded on to it. On the top, there is a camera array which is placed at a position raised above the frame of the phone. 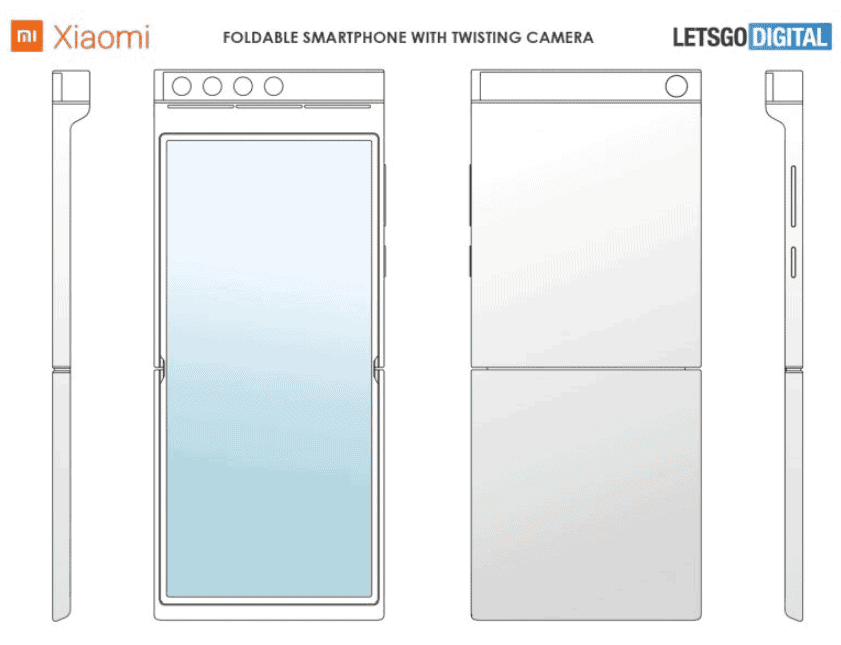 Further, there is a hinge between the camera array and the body of the phone. The additional images point to the same, as the array seems to move in a horizontal axis back and forth. This array seems to be located above the earpiece and possibly the speaker of the phone.

The display on the images seem to fold inwards with the hinge being similar to the one found on Galaxy Z Flip. Interestingly enough, the camera array seems to move even when the display is folded. This indicates there could be a presence of a secondary screen on the back, but there is no info about it yet.

Apart from this, there is no other info about the display technology and the specifications of the device. Xiaomi has been patenting a lot of foldable phones recently. Its first foldable concept was leaked last year.

The last one we saw had a clamshell frame with a rising camera module. However, many patents never see the light of the day. That being said, this patent looks interesting as it’s similar to the Galaxy Z flip arrangement, in terms of form. We’re not expecting this to materialize anytime soon, but who knows!

Previous Financial Report of Xiaomi For The First Quarter Of 2020: Overview