The Samsung Galaxy S20 series latest firmware update (G98xxXXXXU2ATE6 version) in addition to camera improvements, also added a function. After the update, the “Fingerprint” settings page contains a new option to disable the ripple animation effect. Judging from physical tests and some Reddit user posts, turning off this animation effect will not make fingerprint recognition faster and more accurate. But visually, the lack of animation effects may make the unlocking process look faster. In addition to the above features, this update also includes a security patch for May 2020. Some users on Reddit also said that the night scene mode now provides better photo quality. 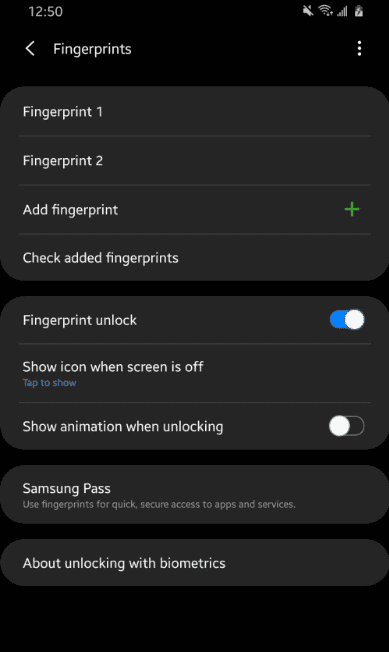 This update is not only available for the Galaxy S20. The Samsung Galaxy S20+ as well as the Samsung Galaxy S20 Ultra are also getting this update. To get access to the new feature, go to Settings then Biometrics and security, before clicking on Fingerprints. Here, you will see the option Show animation when unlocking. You can choose to turn it on or off.

It’s quite good that Samsung is now giving users an option when it comes to the fingerprint animation effect. While many users find it great, many more find it disturbing. Personally, the ripple animation effect is a turn off for me. If you ask me, its good riddance.

What do you think about the Samsung Galaxy S20 series fingerprint unlock ripple animation effect? Do you think its a great feature? Let us know your thoughts in the comment section below.

Next Samsung Galaxy Watch Active2 is getting ECG in South-Korea