Huawei has issued a statement today, saying that the Huawei MatePad Pro 5G new product launch conference will be held on May 27. The slogan is ‘Use speed, break imagination, and rebuild creativity’. As a reminder, previously, it’s been stated to come on May 28.

The aforementioned three phrases hint at its three selling points. But in fact, there are many other features worth our attention. The Huawei MatePad Pro 5G tablet was released at the MWC conference in Barcelona at the end of February this year. Compared with Huawei MatePad Pro (4G version) released at the end of last year, the 5G version mainly upgraded the Kirin 990 5G processor. It supports the 5G network. Apart from this, the Kirin 990 5G adopts the 7nm + EUV process and integrates the 5G modem into the SoC. By the first, this is the first processor with such a design. It is also the world’s first mobile terminal chip with more than 10.3 billion transistors. 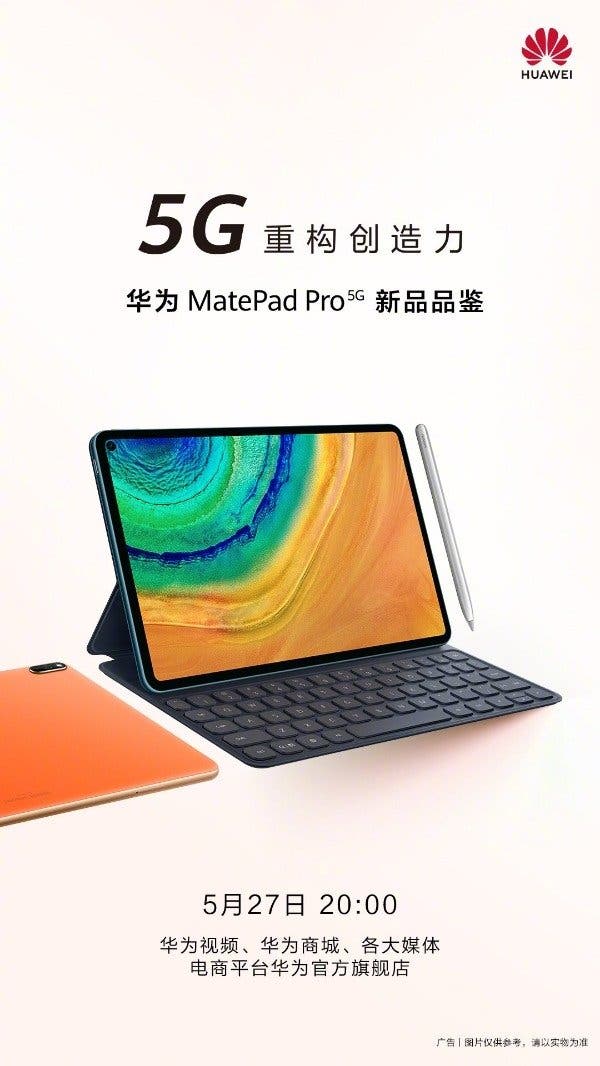 On the front, the MatePad Pro 5G carries a 10.8 inch 16:10 ratio 2560 x 1600 resolution screen with a maximum brightness of 540nit and a 90% screen-to-body ratio. This tablet also supports Histen 6.0 multi-channel 3D stereo sound. It has a quad-channel and quad-speaker audio system.

The body weighs only 492g. So you won’t feel any inconvenience when holding it with one hand. Although it comes with a large 10-inch screen.