Chinese manufacturing giant, Xiaomi, is getting set to unveil its latest Mi band, Xiaomi Mi Band 5. The Xiaomi Mi Band series has won the favor of many users due to its high cost performance. The manufacturer certainly hopes to maintain the reputation of this series of bracelets. In recent times, we have seen a couple of leaks and speculations regarding this device. One image (probably fake) claims that this device will have a punch-hole camera. The latest leak does not show this design however.

According to media reports, the Xiaomi Mi Band 5 will support a feature that allows users to capture a picture with their phones via the band. This is the first time that a Xiaomi band will come with such a feature. This feature is not new on wearables, it is more common on smartwatches. 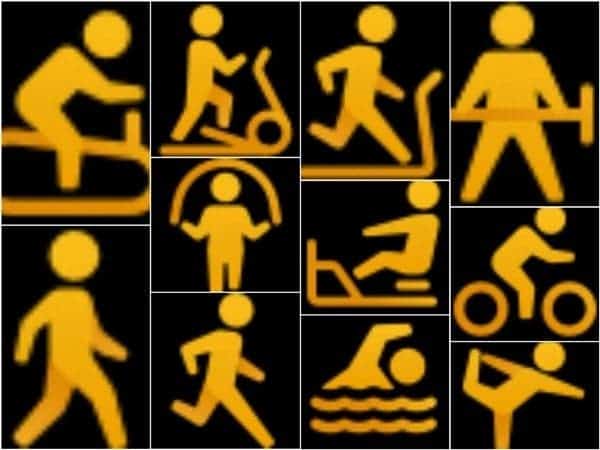 Furthermore, the latest report claims that the Xiaomi Mi Band 5 will add 5 sports modes: yoga, elliptical machine, rowing machine, skipping rope, and indoor bicycle. This will increase the total number of sports modes on the Xiaomi band to 11.

Previously, Xiaomi Mi bands only support digital dials. However, the Mi Band 5 will use two built-in analog dials. More dials may come in the future. In addition, the design of the Mi Band 5 will also change, and the screen size will increase to 1.2 inches. Earlier, Huami officials had revealed that the Xiaomi Mi Band 5 is jointly created by Huami and Xiaomi and will be available later this year. 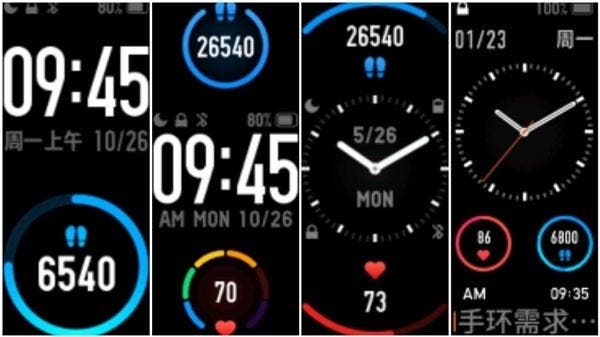 According to recent information from TizenHelp, the upcoming Xiaomi Mi Band 5 will come with a 1.2-inch display. This is larger than the 0.95-inch AMOLED screen on its predecessor. This means that the band 5 details will be more visible and there will be more space for icons. Despite the larger display, this device will be lighter and with more contrast. Thus, reading from the band in sunlight will be easier.

As of now, Xiaomi NFC Bands are only active in China. Nevertheless, the latest report reaffirms previous speculations that the Xiaomi Mi Band 5 NFC version will be active in the global market. From speculations, it will support Google Pay & other payment services. The Mi Band 5 NFC global version will support contactless payments, work pass and can be used as a bus card. These features are currently active in China. Xiaomi releases its Mi Band every year so we expect the Band 5 next year. From previous hints, the Mi Band 5 may arrive in Q2 2020. The report claims that this band will launch in China for 179 yuan ($26).

Furthermore, recent information shows that the Mi Band 5 will incorporate the PAI function in the tracker. A PAI value of below 100 shows that the user is at higher risk of high blood pressure, heart disease, and type 2 diabetes. According to the speculations, this feature will not be exclusive to the Mi Band 4. Also, this device will support SPO2 (Blood Oxygen Saturation) measurements. This means that the Band 5 will greatly improve its health tracking function.

Previous Huawei MatePad Pro 5G Confirmed To Come On May 27