The June edition of the Offical PlayStation Magazine will confirm as many as 38 games for the PlayStation 5. Some of these are already known, of course, and are multiplatform games, including Assassin’s Creed Valhalla. However, many games would not be known at this time. In addition, it is guaranteed that the PS5 will certainly be further revealed in June. The console is scheduled to launch late this year.

Update: The images of the magazine are now leaked, containing the titles. 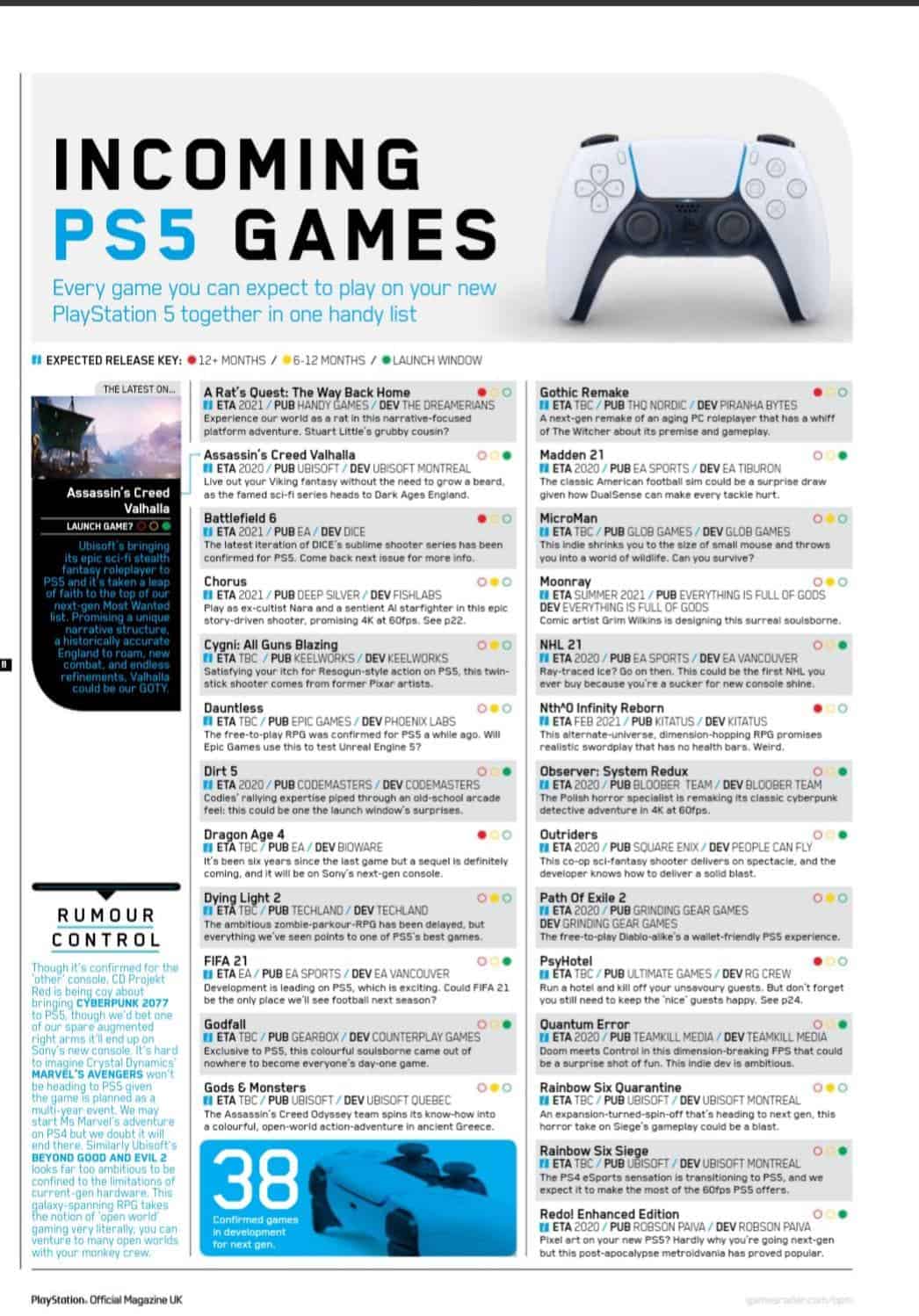 Below you can find the complete list of the upcoming games.

Appropriately, the official PlayStation Magazine from Great Britain will name 38 next-gen games in the June issue, which actually only appears on June 4th. The magazine is now online and you can see all the games.

It is unclear whether other games are in plans for the June event or whether they will be the games Sony wants to show. However, we will discover everything soon.

It is worth to mention that recently, Epic Games has surprised the video game world by unveiling yesterday a technical demo of its Unreal Engine 5 presented as running in real-time on a PlayStation 5.

Following the broadcast of the technical demo of Unreal Engine 5, Epic Games insists that it is indeed a demo running in real-time on a PS5. But as always, this will not prevent some players from doubting. As always with situations like this, some spectators immediately doubted the conditions under which this demo has been performed.

As a reminder, the Unreal Engine 5 will be available to developers from next year. And it will be compatible with PS5, Xbox Series X, PC, PS4, Xbox One and also iOS and Android devices.

Next Xiaomi laptop to launch in India finally