In addition to the Galaxy M01, we will welcome another member of the Galaxy M family. This new phone will be called Galaxy M01s, and of course the device will also have attractive prices like other members in the M series.

With the spectacular return in early 2019, the Galaxy M series of smartphones have become the key devices contributing to the great success in the mid-range and low-cost segments. These are products that have great influence and competition with rivals Xiaomi, Realme. Samsung is striving to perfect this product line every day to bring quality devices at an affordable price.

Most of Samsung Galaxy M series are fluctuating in the price segment from $100 to $300. All have received positive feedback from the user and achieved certain success. This year we saw the launch of smartphones such as Galaxy M21 and Galaxy M31.

Especially recently, information related to Galaxy M01s has begun to appear. Most recently, according to an important source, the Galaxy M01s phone with the code SM-017F has just been WiFi certified. This shows that the launch time of the product is approaching, soon we will have a new choice in the budget segment. 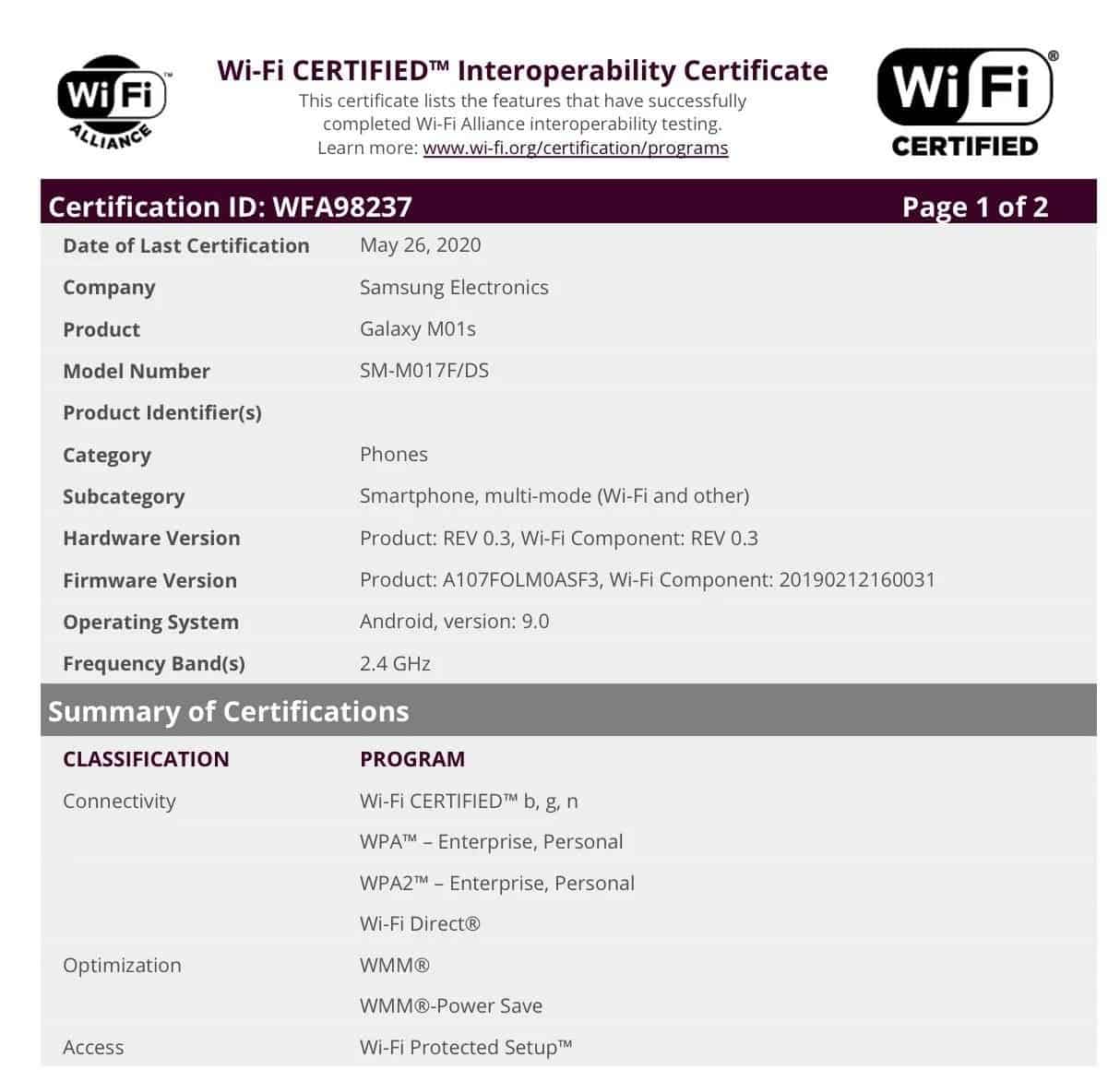 A few weeks ago, this model also appeared on Geekbench. Meanwhile, Galaxy M01 models are rumored to be equipped with Snapdragon 439 processor. 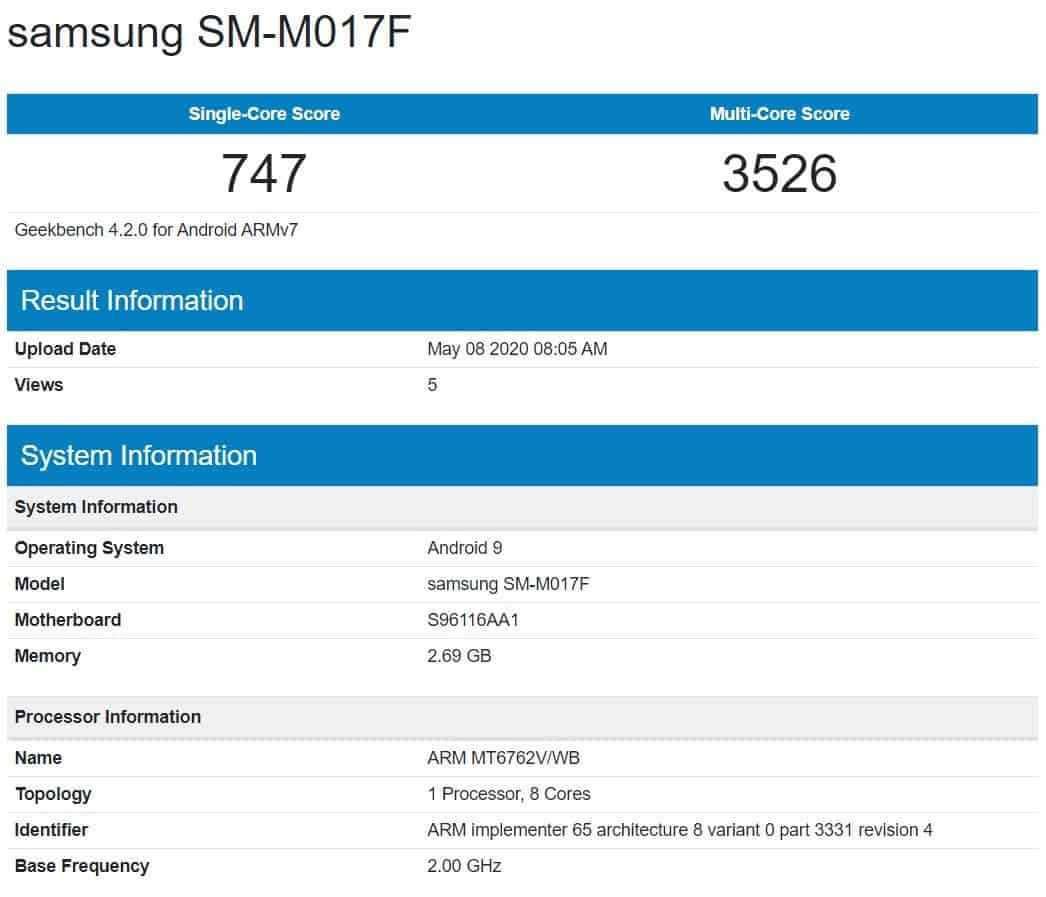 The phones will come with 3GB of RAM, with Android 10. It is very likely that the Galaxy M01 and Galaxy M01s will be designed for separate markets. How much is the price of the product so far has not been disclosed, let us wait for more!

Previously, The Galaxy M01 has surfaced on the Google Play Console. As expected, the listing has revealed some key specs along the way.

As per the Google Play console listing, the Galaxy M01 will arrive with a standard 720×1520 pixels resolution. The display will have a pixel density of 320PPI. Under the hood, the phone will run on Snapdragon 439 chipset paired with 3GB of RAM. In terms of software, we’re looking at the latest Android 10 operating system.

Apart from key specs, the listing has also revealed the render image of the phone. The device is spotted featuring a waterdrop notch with thick bezels on the sides and a sizeable chin. Sadly, the render does not talk about the back of the phone. Just like A01, the device should feature a dual-module on the back with no fingerprint sensor.

Previous Oppo is researching on the development of its own chip