The United States and China have been at loggerheads over multiple issues for quite some time. Since last year, the American government has been trying to crumble many Chinese companies which it considers a security risk. The U.S. has prohibited many Chinese products and placed a ban on many Chinese companies. However, we have not seen a retaliation from the Chinese in terms of bans. According to recent reports, American social networking giant Facebook released a new product called Collab. 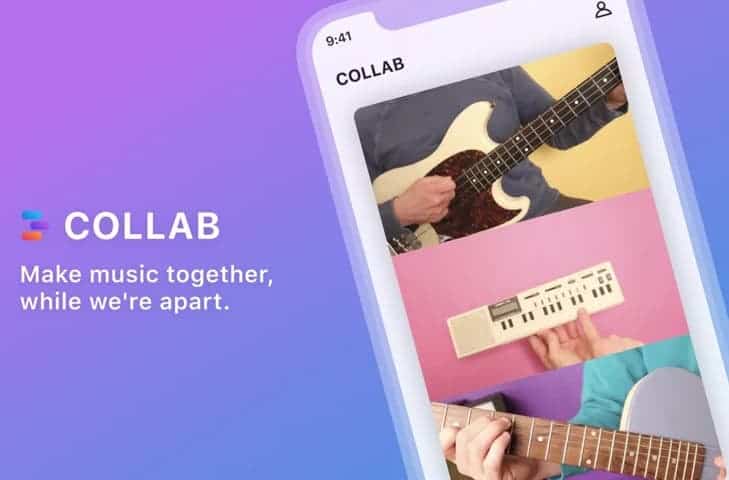 This app draws inspiration from the short video platform TikTok (a Chinese app) and aims to provide users with a new music production platform. Collab was developed by Facebook’s NPE (New Product Experiment) department and released as an invite-only beta on iOS. The main selling point of Collab is that users can divide the short video into three sections and create three videos simultaneously. Users can complete the creation of a song by playing three different instruments and stitching them together.

Collab draws its inspiration from TikTok

Of course, users can also cooperate with friends to complete the creation by providing a short video. Facebook’s new product is very similar to the TikTok style. At present, these videos must first be available on the Collab feed. Other users can use it to create their own videos. For example, if you like someone’s guitar performance and another person’s voice, you can edit them and borrow them. Then use the virtual drum pad on the iPhone to put your own beat on it, and finally make a brand new song.

Facebook says you can’t remix basic music, everyone’s part will be used in new Collab posts. You also have to credit the owners of the original beats. You can’t just edit other people’s content to create new songs, you must record new things to join. Users can share their creations on other platforms, such as Instagram and TikTok, but only after they are posted to Collab.

Next Google to Host Android 11 Beta Launch Party on June 3: Here's What You Can Expect