Apple Insider has published the first sketch and the alleged characteristics of the Apple iPhone 13 smartphone, which is due out only next year.

If you believe the leak, then the iPhone 13 can get an already familiar square camera, but with four camera sensors. And under the camera block will be located a lidar scanner.

Leak: iPhone 13 will feature a 64MP main shooter and a 40MP telephoto 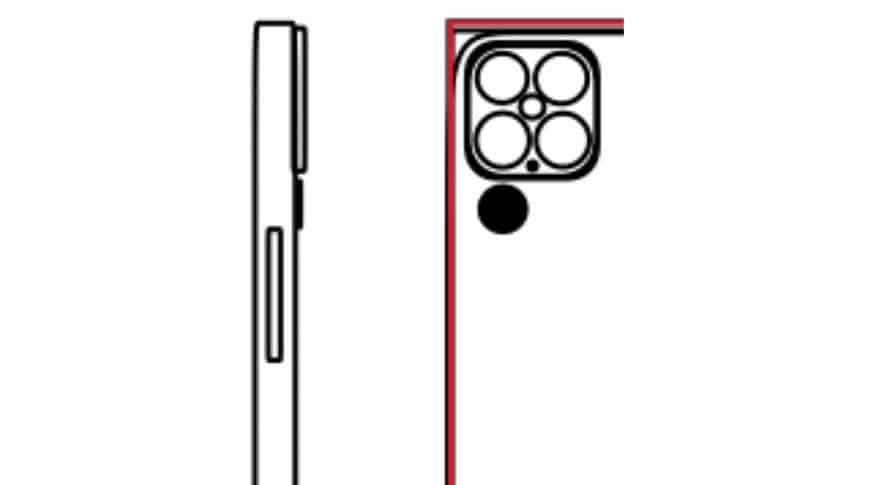 The source, which published the image, claims that the iPhone 13 will be equipped with a 64-megapixel main camera sensor and a wide-angle lens. The telephoto sensor will be a 40-megapixel with 3-5x optical and 15-20x digital zoom. The wide-angle camera will also have a resolution of 40 megapixels, it will have a 0.25x optical reverse zoom. The resolution of the fourth sensor will be 40 megapixels also, it will be supplemented by an anamorphic lens.

It is worth noting that Apple has been postponing the transition to high-resolution sensors for a long time, but at the same time continues to improve the quality of photo and video materials that can be created on the iPhone.

Also, the source is not a verified insider, so far this information should be treated like ordinary rumors.

IPHONE 11 IS CURRENTLY THE MOST POPULAR SMARTPHONE IN THE WORLD

In separate news, According to research company Omdia, iPhone 11 was the most popular smartphone in the first quarter of this year. This despite the fact that because of the coronavirus pandemic, there was a tense situation. The report said that in the first three months of the year, Apple shipped about 19.5 million iPhone 11.