The parameters of the Samsung Galaxy M11 have been announced. The machine is equipped with a 6.4-inch LCD screen and uses a hole-punch screen design. And under the hood, our protagonist carries the entry-level Snapdragon 450 processor. The latter is supplemented by 4GB RAM + 64GB ROM storage and there is also a built-in 5000mAh battery. In its turn, this battery supports 15W fast charge. The rear of the machine hosts a 13MP + 5MP + 2MP triple-camera module. At the same time, the front has an 8MP camera. 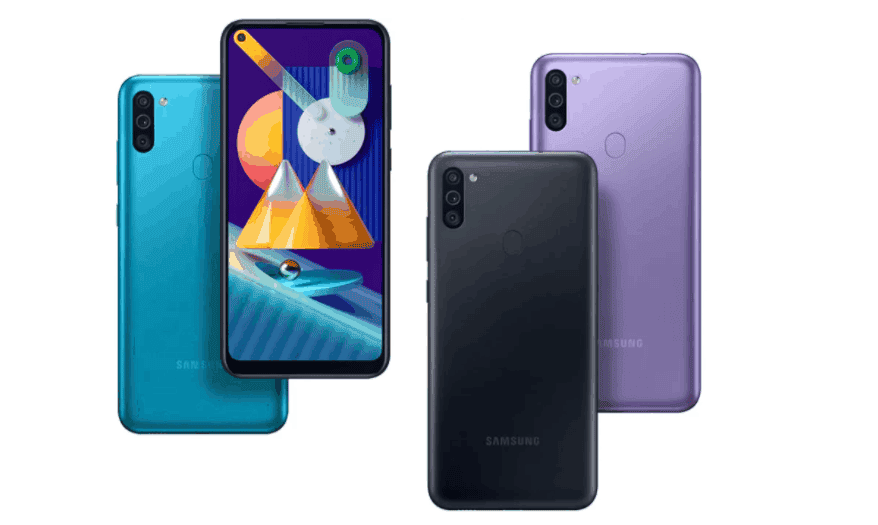 According to the reports, the Samsung Galaxy M01 will come with a 5.71-inch screen. And though the processor still belongs to the Snapdragon 400 series, this time, the company used a Snapdragon 439 processor. It is coupled with a 3GB RAM + 32GB ROM storage combination and a built-in 4000mAh battery. As for the camera, there is a 13MP + 2MP dual-camera module on the back. At the same time, we can find a 5MP selfie shooter on the opposite side. In addition, the machine will also support Dolby Atmos, Samsung Health and face unlock and other functions. Moreover, most likely, it will support microSD card slot to expand storage.

The phone has 146.3 x 70.86 x 9.8 mm overall dimensions. It ships with Android 10 straight out of the box with One UI 2.0. A 4,000mAh battery will keep the light on. Other features include Dolby Atmos, Samsung Health support, and Face Unlock. Interestingly enough the microSD presence is listed as “TBD”. Perhaps the schematics are still work-in-progress, or in the worst-case scenario, the material was manipulated.

Samsung is the number one smartphone brand in the world. But it loses the battle to Xiaomi in India. And we are talking not about one or two quarters. Xiaomi leads this market for 11 consecutive quarters. It’s naïve to think these two will help the Korean manufacturer to outrun its rival, but it can capture higher market share.

Previous Global Smart Wearable Market Grew By About 30% Despite Epidemic