Also Read: The U.S. Army To Develop A Wearable Device That Detects Covid-19

At the same time, the smartband market grew by 16.2%. This is mainly conditioned by the new product launches such as the Fitbit Charge 4 and aggressive price strategies from Xiaomi and Huawei. Meanwhile, hearables grew 68.3% and accounted for 54.9% of the entire wearable market. 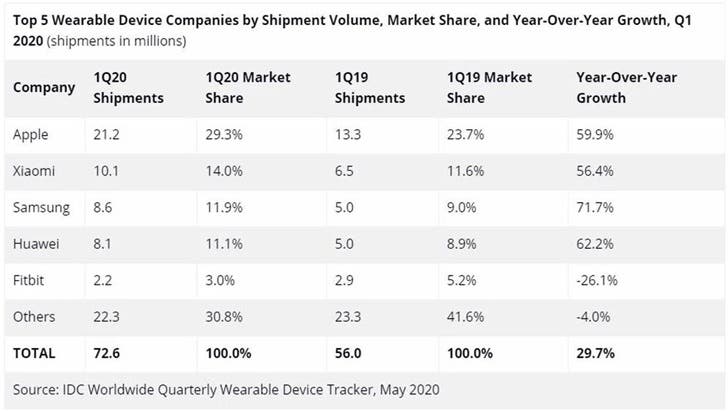 What IDC Thinks About The Wearable Market

‘The hearables category was seemingly resilient to the market-suppressing forces caused by COVID-19,’ said Jitesh Ubrani, research manager for IDC Mobile Device Trackers. ‘Consumers were clamouring for these sophisticated earpieces not only for the abilty to playback audio but also to help them increase productivity, as many of them were forced to work from home and sought ways to reduce surrounding noise while staying connected to their smartphones and smart assistants.’ 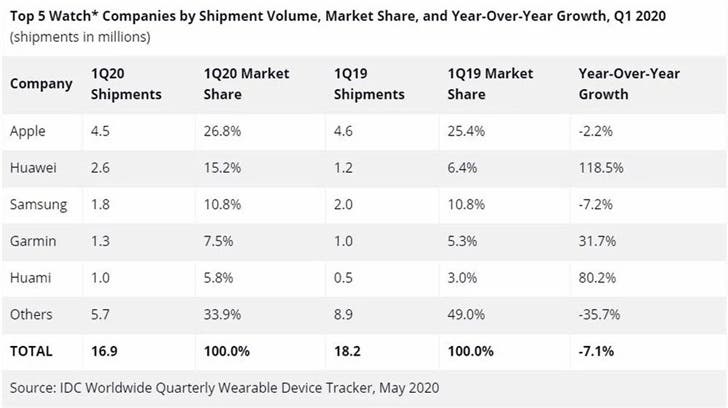 COVID-19 epidemic also affected the supply of smart and basic watches. Despite the decline, a few vendors, such as Huawei, Garmin, and Huami, could outcome this situation and managed healthy growth thanks to lesser reliance on markets in China and further expansion into the United States, Europe, and other parts of Asia.

‘The downward pressure on watches shifts the onus to the latter half of 2020,’ said Ramon T. Llamas, research director for IDC’s Wearables Team. ‘This gives companies the time to refine their products and messaging, and to align those with customer needs. Given the hyper focus on overall health and fitness in today’s climate, vendors would do well to highlight those capabilities, and provide guidance on how to live healthier lives.’

Previous Galaxy S20 Ultra: This is how much the 120 Hz mode affect the battery life