Amazon Prime Video has said that it will make four of the last Premier League games for the current season free-to-air meaning users don’t need a Prime membership to watch these games. This decision comes at a time when the broadcasters are planning to resume the season from June 17.

The pandemic had effectively halted all outdoor sports tournaments including the Premier League for more than a month. The English Premier League broadcasters had to postpone the season back in March to avoid the spread of infections.

But now, the season is tentatively said to resume behind closed doors with empty stands from June 17th. Amazon Prime had struck a deal with Premier League back in 2018 to give access to 20 of the season from 2019, exclusive to the Prime users.

Now, it has said that four of the remaining matches in the season will be free to all users. Additionally, users can look at the fixtures without a Prime account unlike last year. As always, Prime users will have exclusive access to highlights throughout the season.

Talking about this, Alex Green, managing director of Prime Video Sport Europe, said: “Like the rest of the country, we are excited to see the Premier League return to action. We will be making all four of Amazon Prime Video’s additional fixtures in the 2019-20 season available free of charge. Fans will not need a Prime membership to view the games on Prime Video”. 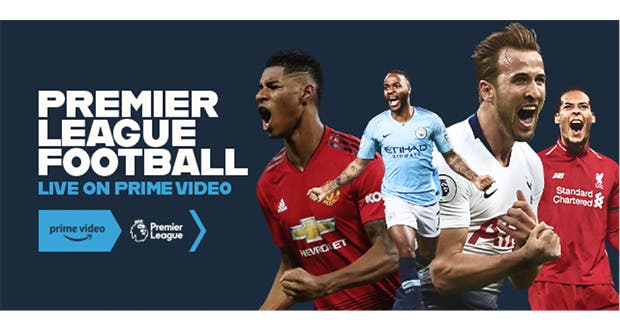 Currently, 92 games remain in the season and 64 of them will be aired on Sky. Sky has also said that 25 of the games will be free-to-air. 20 of the remaining games will go to BT Sport and interestingly, BBC along with Amazon Prime, will each air four of the remaining matches live. This will be the first time the broadcaster has shown a Premier League match live since 1988.

The German Bundesliga was the first and fastest to emerge out of the lockdown roughly a week or two back and has been actively chasing fixtures. It’s likely that there will be an increased number of fixtures for the EPL as well. However, many have also been awaiting the restart of the UEFA Champions League.