In 2019, Google collaborated with the identity authentication device company Yubico to produce a USB-C Titan security key. The latter is a flash drive-like hardware device that uses a USB Type-C interface. Users need to plug the device into the computer’s USB-C socket before logging into the Google account. This will further enhance its security. But at that time, the Titan security key did not add support for mobile iOS devices. It is only compatible with Android, Chrome OS, macOS, and Windows devices.

On June 3 this year, Google added the Titan security key for iOS 13.3 or higher iOS devices. Also, it updated iOS applications and online services to increase the security key to support W3C WebAuthn. W3C WebAuthn is the most advanced security standard for password-less authentication today.

The hardware security key is a device that generates a unique encryption key. After the user successfully enters the user name and password, the key will be used as the second verification during the identity verification process. The security key can be linked to the device for login operation via Bluetooth, USB or lightning connection.

However, using hardware security keys to access Google accounts or apps on iOS is not easy. The same is true for earlier security keys.

After Google has updated support for hardware security keys on iOS, owners of iOS devices running iOS 13.3 or later can configure more types of security keys for their Google accounts for two-factor authentication (2FA/2SV ). 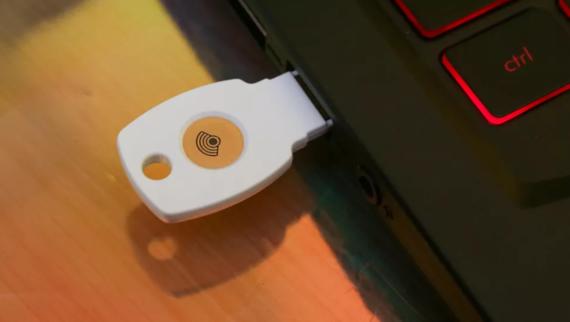 After the configuration is complete, they will be able to verify their identity and use modern security keys to log in to Google’s iOS applications and Google-owned websites via the Safari browser. This includes:

This move is particularly important for Google’s enterprise users (i.e. its G Suite user base). Business users are usually iOS users. And the ability to protect high-value Google accounts on iOS devices with security keys will improve the security of many companies.

This move is also critical for home consumers, who will be able to use the latest generation of security keys to protect personal Gmail, photos, Drive or YouTube accounts.

Next Redmi 9 Leaked In A Spy Photo, Showing A Familiar Design