At the Redmi 10X series press conference, Lu Weibing, president of Xiaomi Group China and general manager of the Redmi brand, sorted out Redmi’s product line layout. He said there will be new smartphones belonging only to the K, X, Note, and [original] Redmi series. Interestingly, the latter is positioning the high-quality entry-level niche. The next-gen model from this series is going to be the Redmi 9. And though we have heard too much about this low-end smartphone, there was no real product image leak. At least, we haven’t met it till today. As you guess, we have found something interesting for you. Yes, it was spotted in a spy photo, showing not only the back of the hands but also the color options this phone will be available in. 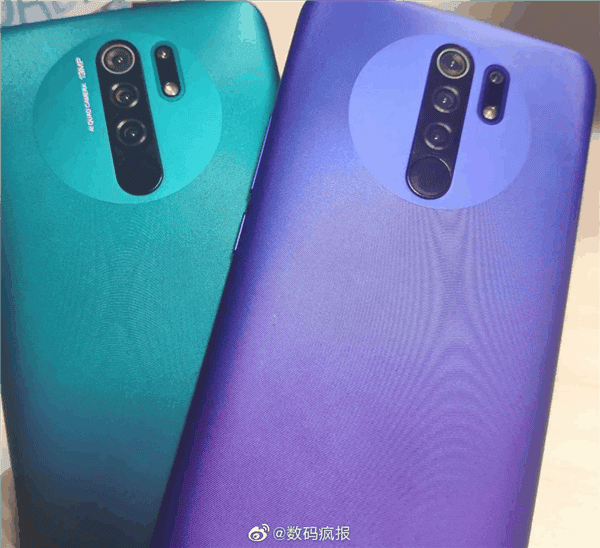 As shown in the photo, the back of the Redmi 9 integrates the design of two will-known and beloved smartphones – Redmi Note 8 Pro and Redmi K30. The camera sensors are placed vertically and the module is placed in a so-called ‘Chinese circle’.

Did you know? In Chinese culture, the circle stands for ‘fulfilled’, ‘oneness’, ‘perfection’, ‘unity’. More specifically, it’s the process of something coming full circle that bears the most importance.

On this basis, Redmi put the back fingerprint into the unified design of the entire camera module. And this is consistent with the Redmi Note 8 Pro solution. But we should also admit the overall look of the back is further improved.

Also read: Redmi 9: Here Is Everything We Know About The Upcoming Smartphone

Moreover, this photo shows the Redmi 9 will have at least two colors: green and purple.

Redmi 9 Features Known At The Moment

Though there has been no specs information leaked with this photo, we have heard much previously. According to the leaks, the Redmi 9 will sport a MediaTek Helio G80 chip. This chip was launched by MediaTek for the entry-level machine market. It is built on the 12nm process and uses a 2+6 core design. The large core is the Cortex A75 and the main frequency is 2.0GHz. The SoC also integrates the Mali-G52 MC2 graphics processor with a frequency of 950MHz. By the way, there have been news that it will be the Helio G70 not the G80.

In fact, we have previously reported that the Redmi 9 series will include the Redmi 9, the Redmi 9A, and the Redmi 9C. In terms of price, it will start at 160 euros.