Google has added to its own keyboard (Gboard) for Android a new function for those who like to use emojis frequently. The Messages app is also being modernized.

Google is currently redesigning two of its own Android apps. While the Messages app is more adapted to other Google apps, the Gboard is given a new function. The innovation on the Gboard could be more exciting, the Google keyboard for Android now enables faster access to your most-used emojis. We have a new Emoji Bar for this.

Gboard: Google keyboard has a new bar dedicated to emojis 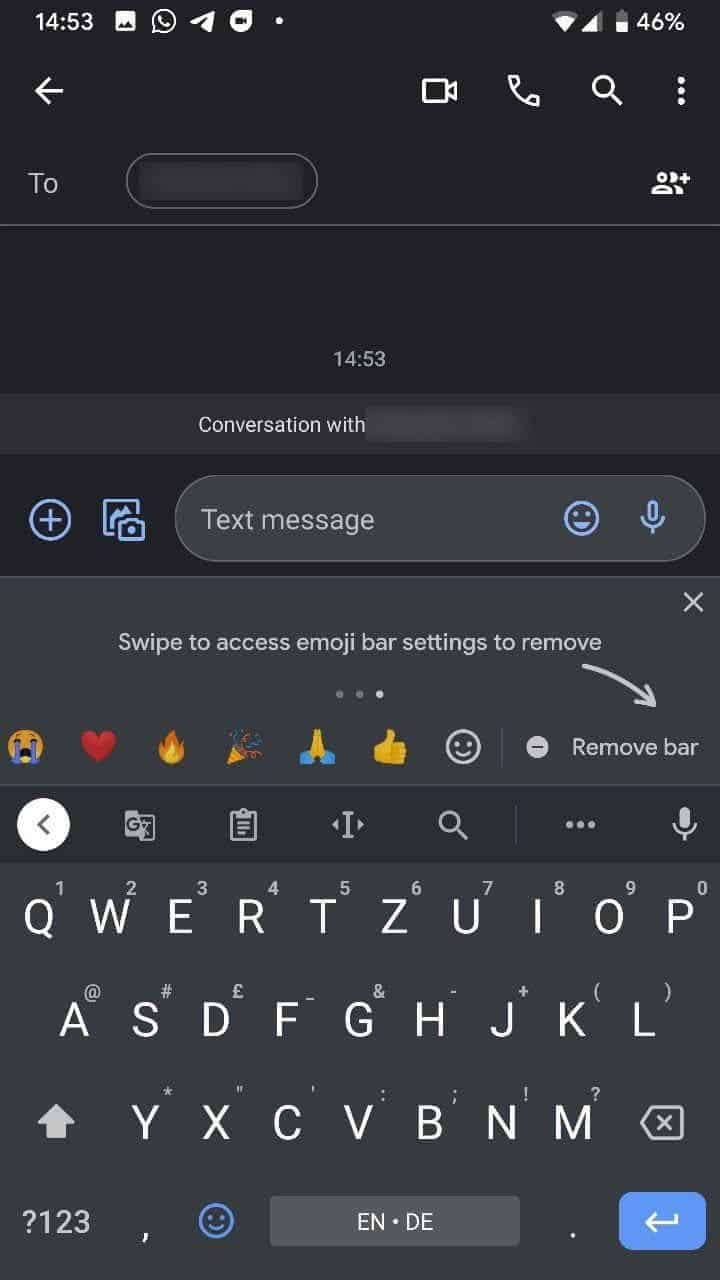 In this new bar, you will find your favorite emojis. You can also hide this bar, and also reset it at any time. Google seems to be gradually distributing this feature among the users’ devices, for me the Emoji Bar is not available despite being on the latest Gboard version.

What is new in the Messages app is that there is no longer a classic search button. Instead, a full search bar is available directly at the top of the screen. Google had already modified numerous other own apps accordingly (Gmail, Drive, etc.), but still has a few other apps to deal with. And here, too, the launches gradual, for me the search bar does not appear despite having the latest beta app.

After a rapid development with numerous new functions, Google’s keyboard app Gboard has long outgrown the limits of a keyboard and has integrated several Google services. The most important integration, one might think, is the integration of Google web search with quick access to the search results. Recently, the corresponding button has suddenly disappeared and should be moved to a more prominent place.

The Google button was included in the Gboard keyboard app. It calls up a quick preview of the search results for the current typed term. However, recently, it has disappeared for all users. This without any update and no matter which version of the app is used. Even in the settings, the option to display the button has disappeared. So you cannot assume that it is a bug or error.

However, the functionality of the web search has not completely disappeared. But can still be called up in the list of tools via the overflow menu. Simply tap the three-point menu and select the search entry to get the results from the popular search engine.

Next Launch promos for ELEPHONE E10 Pro and PX Pro