Samsung has filed a new patent, which describes a new foldable smartphone with an unusual design and a display capable of Z-folding in two places.

As you can see in the images, we are talking about a smartphone that can bend in two places. Moreover, if earlier in such patents we saw normally folding devices, then in this case the smartphone bends rather than folds. 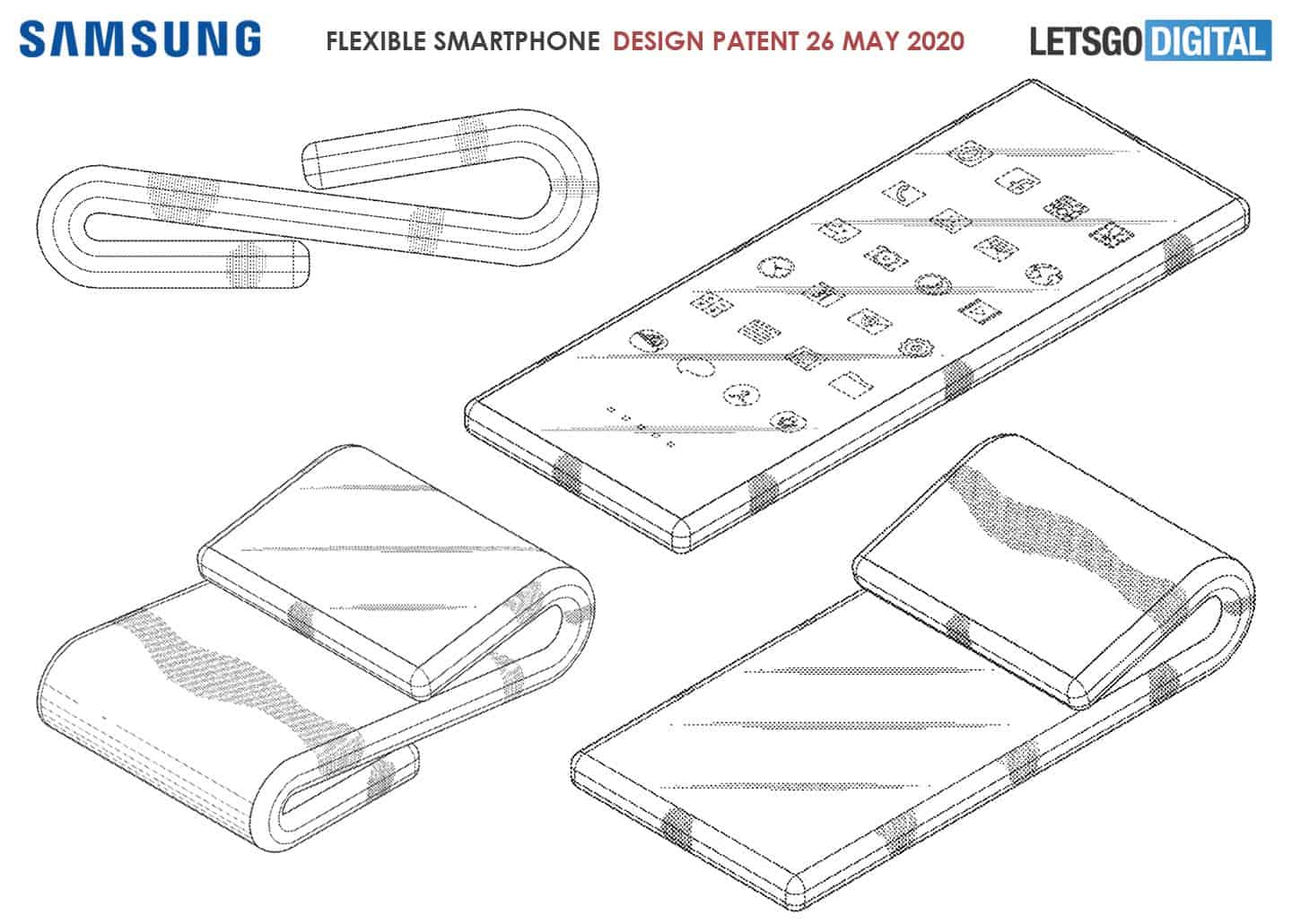 Of course, using such a device would be inconvenient. And when the device fold, it would be useless. So it is extremely doubtful that we will ever see such a smartphone. However, the patent was filed by Samsung Display, not Samsung Electronics, which means that the main thing in it is the capabilities of a flexible display, not a smartphone.

The illustrations do not have any buttons, connectors or cameras due to the fact that the patent was filed by Samsung Display (responsible for the production of screens), and not Samsung Electronics. However, the approval of this document, submitted back in April 2018, suggests thoughts on the further development of the Z-shaped curving smartphone.

According to a previous South Korean publication, the smartphone giant has begun mass-producing the Galaxy Fold. Considering the timing, it could be ready for a release in August. The first details about the handset internal may start to emerge in the next month. Worth noting that the handset may come alongside the Galaxy Note 20 series which usually comes in August. According to sources that are familiar with the matter, Samsung may use the UTG in Fold 2. Its display will be of ultra-thin glass. The very same material is in use in the Z Flip.

Previous One UI 2.5 will bring in-app ads to Samsung devices

Next Despite criticisms, TikTok is making "mad" money