A little less than a year ago, Xiaomi introduced the mid-range smartphone Xiaomi CC 9, which is a lite version of the Mi 9. Today, the web has information about its alleged heir – the Xiaomi CC 10. The design and some technical details of the smartphone have been leaked recently. Now, the protective glass for the unannounced Xiaomi Mi CC10 has appeared in an online store. Due to this, we have clues about its design. 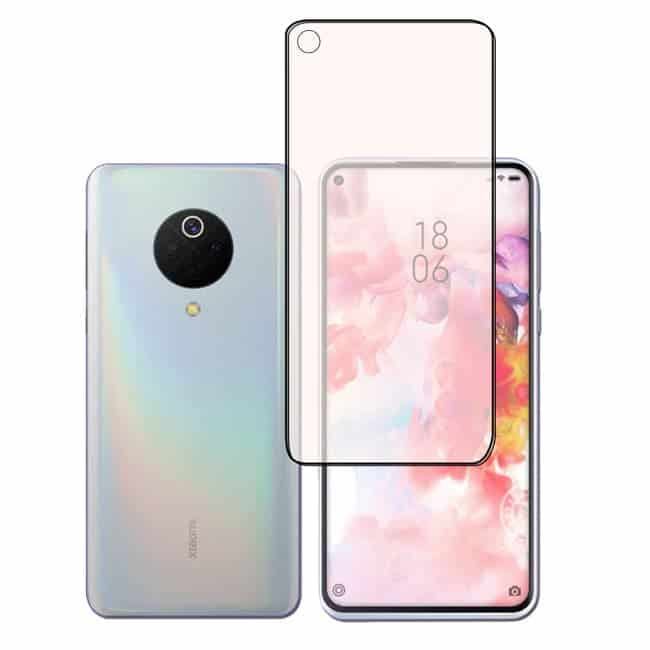 In addition, the curvature is mentioned in the product description, which can indirectly confirm that the device has a waterfall screen. On the back, we can see a smartphone with a round camera module in the manner of the OnePlus 7T with four sensors. The absence of a fingerprint sensor on the back of the phone may indicate the use of an OLED display in the new product. The announcement of the new smartphone will take place in the coming weeks.

The famous insider Xiaomishka has recently announced that Xiaomi is preparing a smartphone with the code name CAS and its premiere will be held in July this year. The commercial name of the new product may be Xiaomi Mi CC 10. Also, Its camera should have an impressive optical zoom – 12x. In addition, it will outperform the Samsung Galaxy S20 Ultra by offering support for 120x digital zoom.

The main camera of Xiaomi CAS will be multi-module and the 108 MP Samsung ISOCELL Bright HM2 sensor will act as the main one. Interestingly, the smartphone is credited with the not yet announced Snapdragon 775G chip with support for fifth-generation networks and the NFC module.

Recall that optical zoom technology has a significant advantage over traditional digital zoom, including the creation of better quality photographs when shooting with magnification over long distances. In addition, the user receives a wide range of post-processing capabilities of the frame and this opens up great freedom for creativity.

It is worth to mention that in July last year, Xiaomi has announced Mi CC9 and CC9e smartphones in China. Also, the two devices pack AMOLED displays made by Samsung, an impressive set of in-display fingerprint scanners each, along with triple cameras with a main 48-megapixel Sony IMX586 sensor with f/1.79 aperture.

Next One UI 2.5 will bring in-app ads to Samsung devices