The fact that the phones become stronger thanks to high-end processors causes manufacturers to push the boundaries in memory configuration as well. Many phones with 12 GB of RAM are on the market, but it’s time for 16 GB of RAM. The next Xiaomi flagship will have this amount onboard.

According to reports from China, Xiaomi is working on a new phone with 16 GB of RAM. Although the details of the phone are still unknown, it is stated that it will appear as a new member of the Mi Mix series. 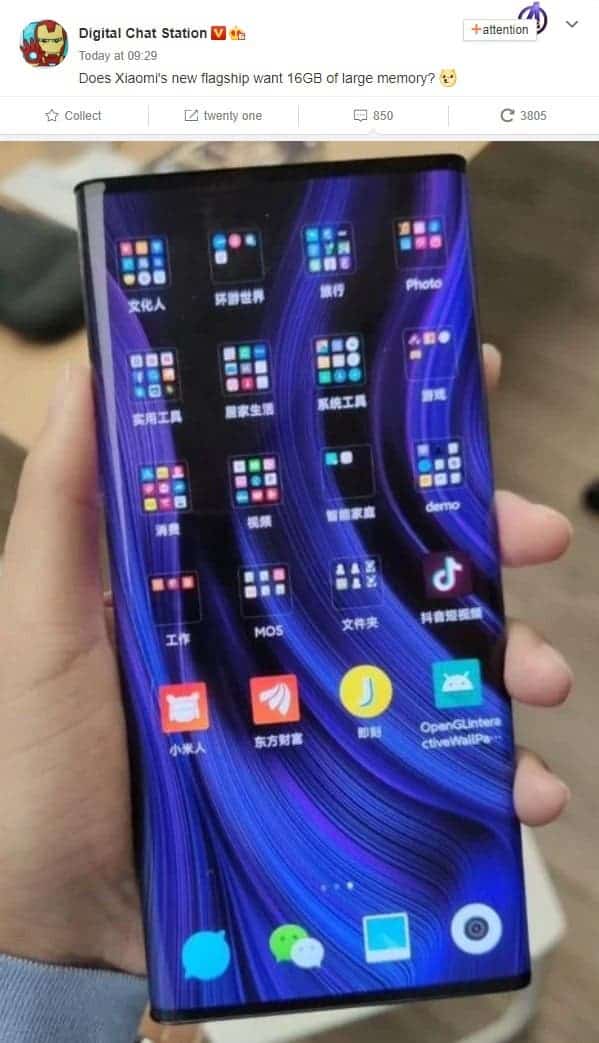 The phone is expected to have a similar design to the Mi Mix Alpha. In addition, it will be powered by Qualcomm Snapdragon 865 processor and will support 5G connection. However, all of this is currently just rumors and there is no official statement made by the company. Therefore, if Xiaomi is working on a phone that comes with 16 GB of RAM, more details will be revealed in the coming days.

As Xiaomi has just begun work on 16 GB RAM phones, Nubia has already released the gaming flagship Nubia Red Magic 5G. It has 16 GB RAM and can be purchased in various markets.

Mi Mix 4 will be launched with a 120Hz curved screen

Previously, a leak has emerged stating that the Chinese technology giant is working on two new high-end phones. It is noted in the post that both devices feature a curved screen and a high refresh rate of 120Hz. The clues suggest that among them would be the Xiaomi Mi MIX 4.

The news first appeared through the Digital Chat Station leaker, through its official account on the Weibo social network. According to the post that shared the source of the leak, Xiaomi is currently working on two new flagship-grade phones. These have the code names of Apollo and Verthandi, which are names based on mythical characters. The devices in question are expected to have a high refresh rate of 120Hz. In addition to a screen whose edges will be noticeably curved. Although not specified in the post, hopefully, this display is AMOLED.

There is also the possibility that only one of them is a future Mi MIX 4. So far, the company has not yet officially released any announcements for this device line. In particular, Lei Jun, CEO of Xiaomi, had hinted during the Mi 10 Youth Edition launch conference that the company is already working on a new high-end smartphone, with no more clarifications.