Taiwanese smartphone manufacturer, HTC, has been very inconsistent in the smartphone industry in recent years. The company used to be a household name in the smartphone market. However, it lost its standing many years ago and has been struggling to get back to average. Simply put, HTC phones have not been doing well in the market. Technically, its phones do not make money, it only loses. However, the company does not plan to leave the smartphone business. The company is now planning to release a new mid-range smartphone, HTC Desire 20 Pro. This smartphone now as a plethora of certifications which suggests that it will be arriving soon. 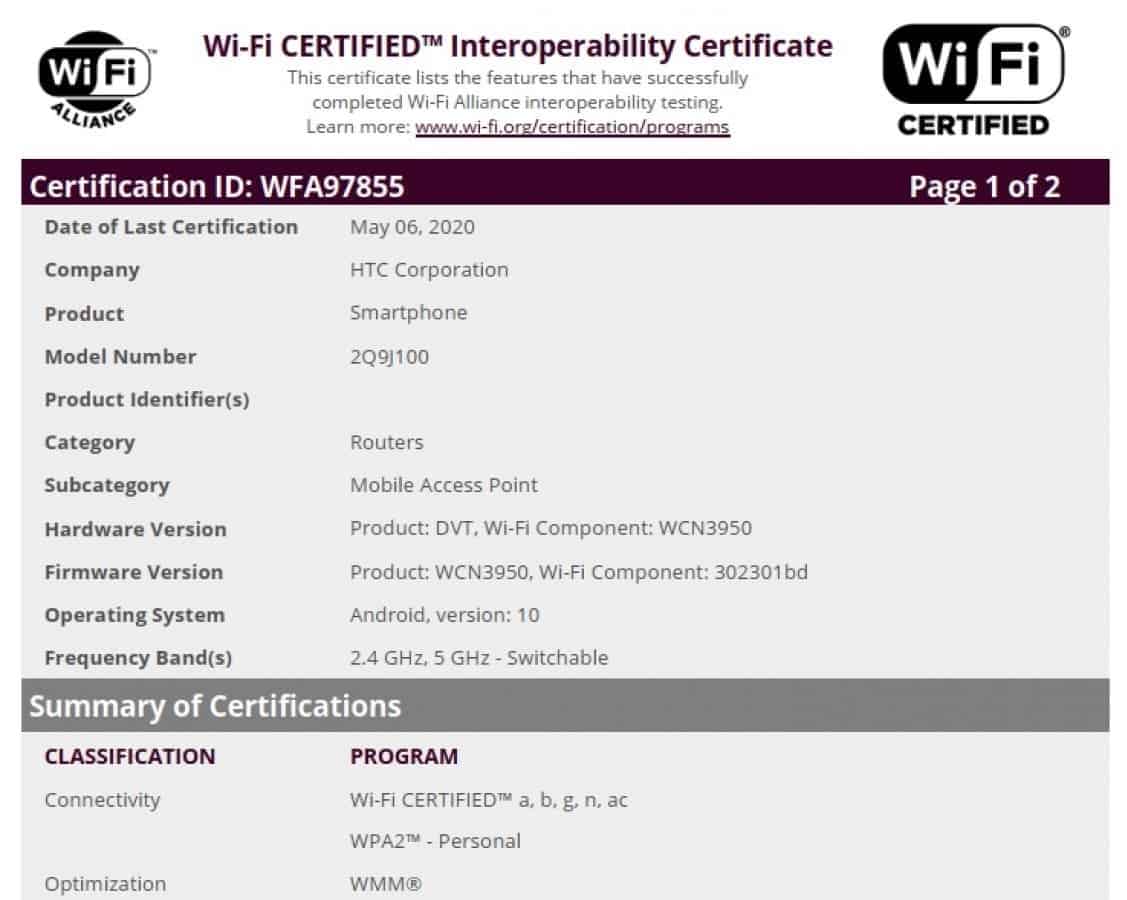 According to media reports, the increasing number of certification proves that the HTC Desire 20 Pro is about to launch. This model 2Q9J1000 device was found on the Google Play Console with 6GB RAM and Snapdragon 665 chipset. This smartphone also has certifications from Bluetooth SIG and Wi-Fi Alliance recently.

As of now, HTC has not released any information about the upcoming Desire 20 Pro. We do not know the launch date for this smartphone. In addition, there is also no information if this smartphone will have a non-Pro version. So far, we only know that this phone will be HTC’s first mobile phone with Android 10. It will also come with a 6.5-inch LCD (with Full HD + resolution) display as well as a side fingerprint reader. It should use a punch-hole display and a triple rear camera setup. 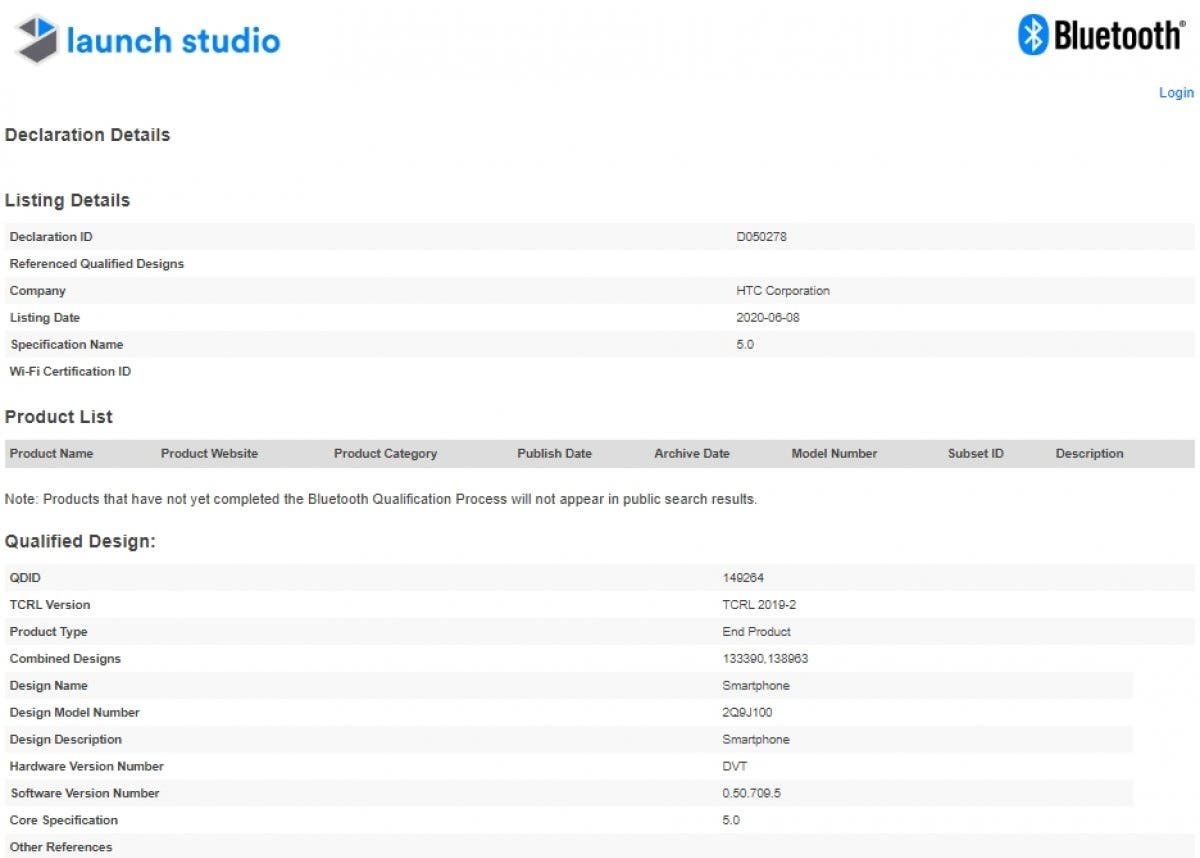 A few weeks ago, the company released its financial results for the month of April. Once again there is nothing to celebrate; sadly. The latest data does indeed confirm the fact that the Taiwanese manufacturer continues to experience a crisis.  Talking about the numbers, HTC has an overall revenue of $10 million for the month of April. This is a 31.25% decrease relative to the previous month and as much as 49.86% relative to April 2019.

However, its poor performance in the smartphone market is not deterring the company. According to recent reports, HTC will make a come back to the flagship smartphone market after a long time out. Although more than half of the company’s energy is invested in the field of VR, HTC’s mobile phones still seem to be slowly advancing. Well, let’s not talk about the HTC Exodus crypto phone, it is a total failure because it would take over 170 years to earn back its initial cost.