This may seem unexpected, but Google Pixel smartphone division performs better than many people think. In 2019, it set a record by shipping 7.2 million smartphones, which is 52% more than in 2018.

This allowed the company to get ahead of OnePlus in terms of supply for the year. However, both companies could not get into the top ten best smartphone manufacturers in the world for the year. Google Pixel smartphones are popular in the US, Western Europe and Japan.

This news is surprising for the reason that Google Pixel 3a and Pixel 4 sold worse in the first two quarters than Pixel 3 in the same time period. However, last year the company immediately landed in three new markets, which allowed to spur the overall sales of Pixel smartphones. 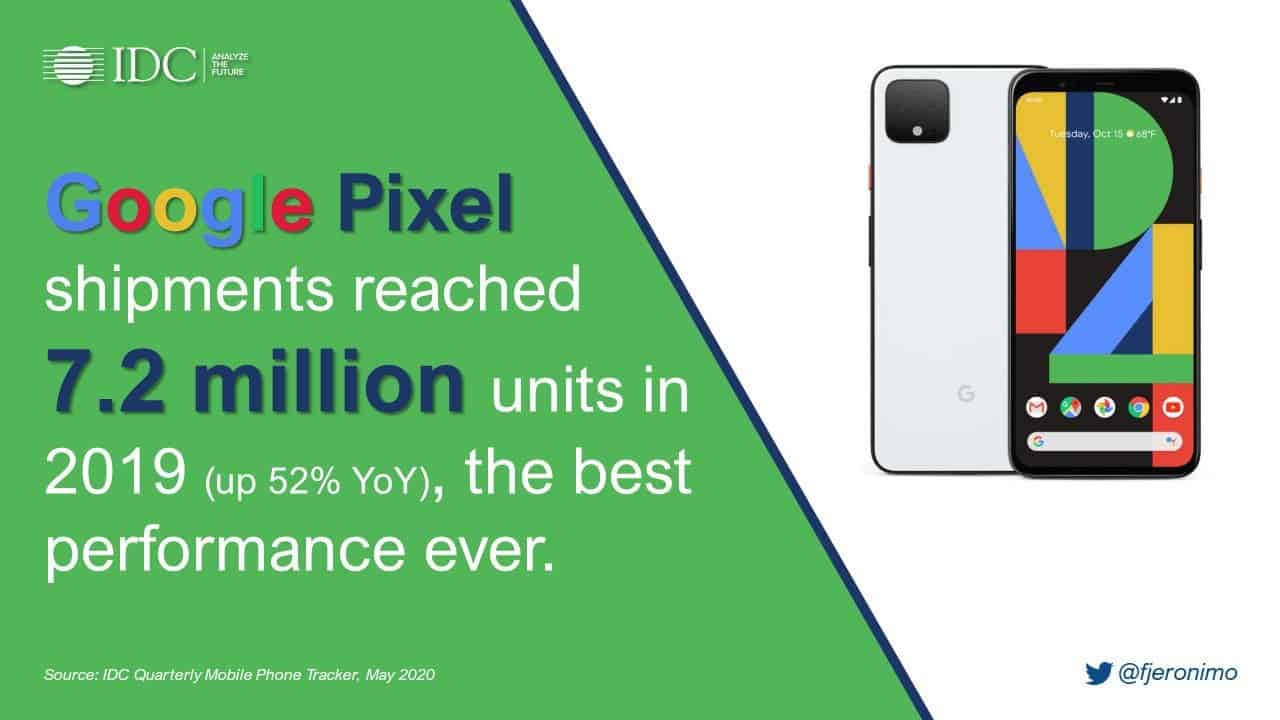 Back in May, it became known that key employees of the Google Pixel development team were leaving Google after sales of Google Pixel 4 were much lower than expected.

In recent months indeed, several of the Pixel team executives have rushed and have gone so far as to reproach certain choices of the management team. Marc Levoy, a renowned scientist and engineer (whose work or achievements have often been rewarded), left Google just after participating in the design of the Pixel 4 camera department.

These internal dissensions seem to have quite serious consequences. Mario Queiroz, one of the highest-ranking executives in the Pixel division, would no longer be part of the company. The same goes for chief camera engineer Marc Levoy. It’s a renowned scientist, to whom we owe the design of the Pixel 4 camera block. As well as many of the software technologies (image processing) used in the Pixel range, like HDR+. In addition to portrait mode or even Night mode. Marc Levoy would have left Google in March of this year, after 5 years of good and loyal service.

For good measure, we will not forget the criticisms of the engineer Rick Osterloh who had taken over from Querioz at the very beginning of the year. During an internal meeting organized in October 2019, Osterloh had admitted certain disagreements concerning the design of the Pixel 4. And he would have taken the opportunity to express his disappointment at the low autonomy of the smartphone. These criticisms were undoubtedly justified. Many analysts believe that the sales of the Pixel 4 and Pixel 4 XL since their launch have been significantly lower than those of the Pixel 3.

The camera has always been the most outstanding feature on the Pixel phones. But with the loss of the head of the camera development department, we’ll see how the Pixel 5 camera will come. We will see whether it will maintain the same usual quality.

Next Samsung Galaxy Note 9 begins to receive One UI 2.1 update