It is possible that the Chinese company Xiaomi will soon announce a smartphone with a new design, equipped with a pop-up front camera. Information on the design is published on the website of the World Intellectual Property Organization (WIPO).

Xiaomi patent a smartphone with a pop-up selfie camera 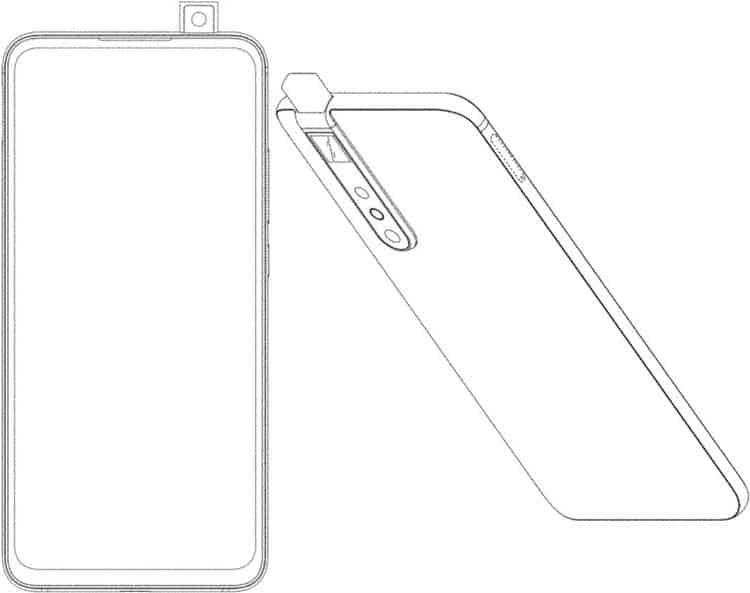 As we can see in the patent illustrations, the smartphone has a retractable selfie camera. It is located on the right side of the case when viewed from the display side of the device. This unit has a single-sensor.

A multi-sensor camera is located in the rear part directly in the area of ​​the sliding module. It contains a certain rectangular area, as well as three sensors that are arranged in a row vertically. This whole system protrudes somewhat from the body, forming an “island” on the rear panel. 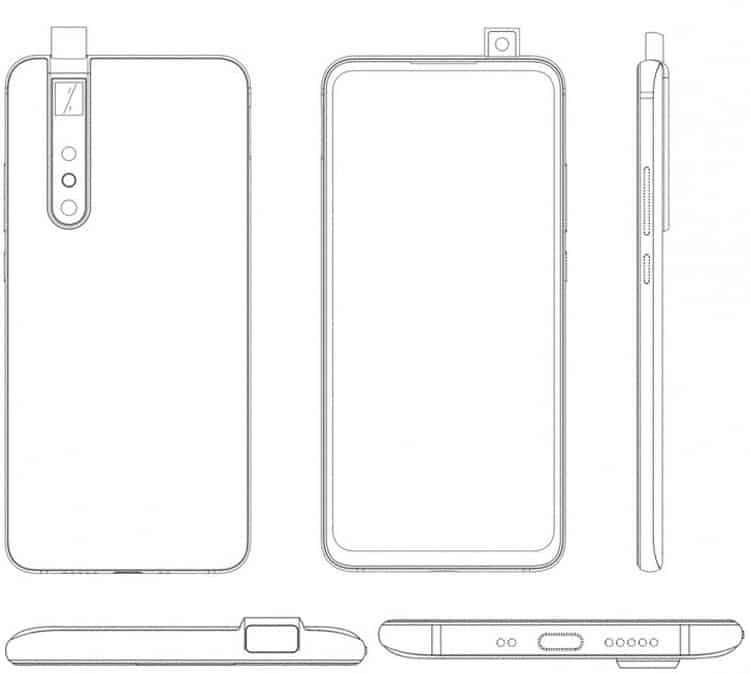 The smartphone has physical control buttons and a USB Type-C port, while there is no standard 3.5 mm headphone jack.

The appearance of information about the new product in the WIPO database suggests that the smartphone can be presented on the world market. However, Xiaomi itself has not yet disclosed plans to release such a device.

Xiaomi patents a smartphone with a twisting camera

It is worth mentioning that in the past few months, Xiaomi had a rather unusual idea about how to hide the camera on the front of the smartphone. Its new implementation completely excludes face unlocking.

Smartphone manufacturers are trying in various ways to escape from the notches in the screens of devices. Thet are trying to find a place for the front cameras. Currently, probably the most popular option is to make holes in the screens to fit a small camera with a single or dual lens. It seems that this style is unlikely to pass quickly unless there is a breakthrough in developing technology to hide the camera under the display layer.

Xiaomi, although it will probably like to use such technology, also has other ideas. The latest one is really strange and immediately raises many questions.

The Chinese Patent Office (CNIPA, China National Intellectual Property Administration) registered the receipt of an application from Xiaomi. In addition, it presented its own way to get rid of notches and holes in the screen. They suggest installing a single, rotatable main camera module, which would also serve as a selfie camera if needed.

This is not a new idea, because it is already present in mass-produced devices – for example, in Asus ZenFone 6. There, however, only the camera turns, and according to the Xiaomi patent, part of the display would also rotate.