After the revival of Samsung’s tablet offering with the Galaxy Tab S6, the chaebol is now working on the next high-end offering. We’re talking about the next-gen Galaxy Tab S7 series. Yes! you heard it right, we’re looking at the series consisting of two offerings. Since the last couple of weeks, we’ve been hearing a lot about the tablet. It is primarily due to the fact that the tablet is slated for official launch next month. A couple of days ago, we saw the very first leaked CAD render images of the Galaxy Tab S7. Well, it’s time for us to see the CAD render images for the bigger variant i.e. Galaxy Tab S7+. 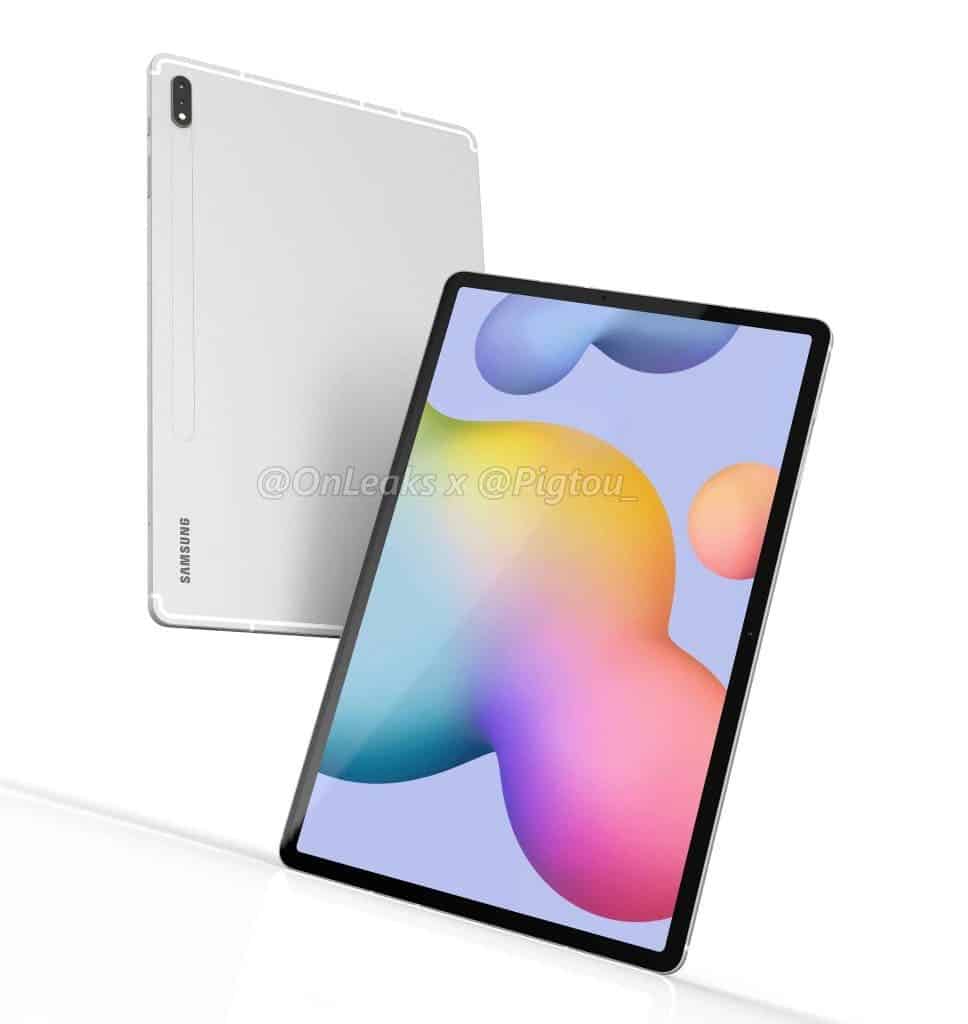 Just like the previous leak, we now have similar CAD render images along with a 360-degree video. This development means that we now know the design of the variant from all angles. As expected, the plus variant bears the identical aesthetics with an obvious difference in the dimensions. For those who’re unaware, we’re going to see both the tablets in the lineup to share more than the design. We should see identical specifications with differences in key areas such as size, dimensions and battery. 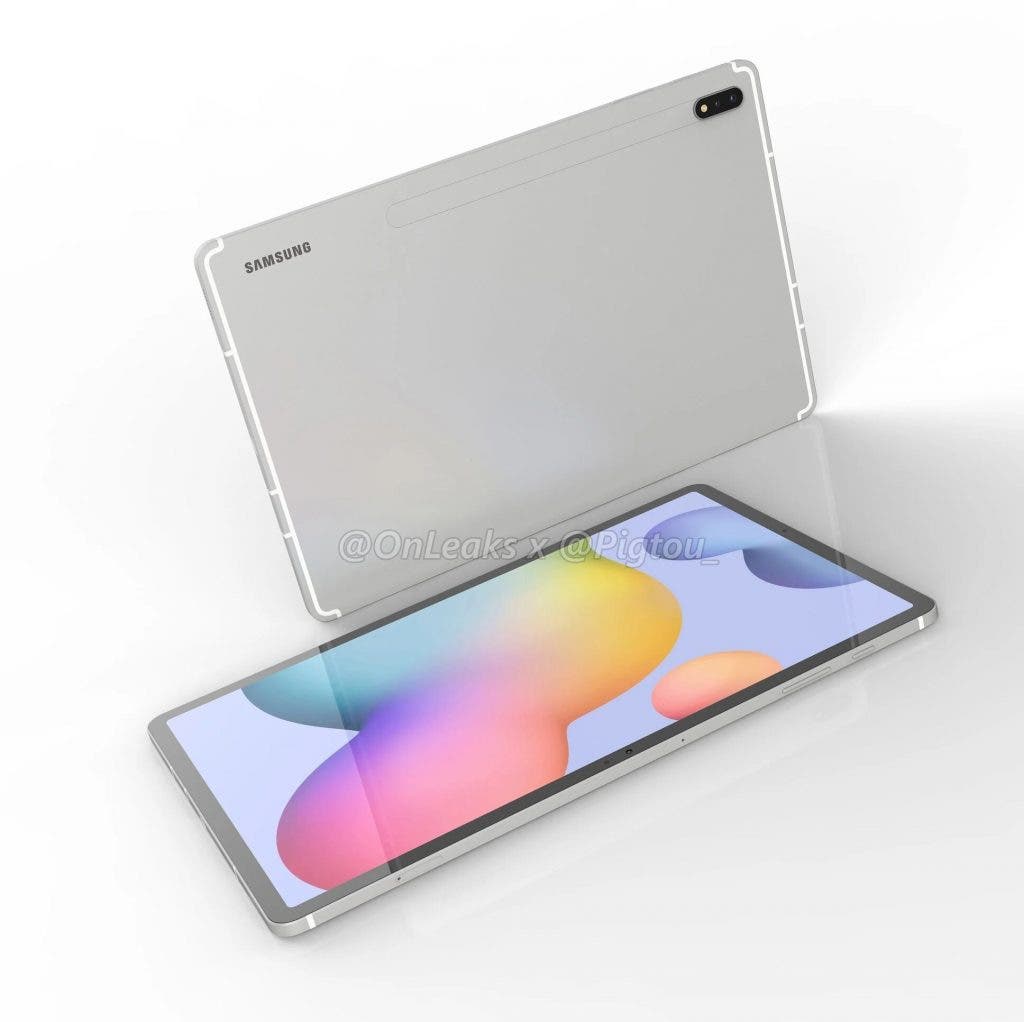 The render images confirm that the tablet will indeed arrive with a 12.4-inch display panel. Speaking of the display, we already know that both the tablets in the lineup will use 120hz refresh rate panels. We’re also looking at a dimension of 285 x 185 x 5.7mm. This suggests that the Galaxy Tab S7+ will be taller and wider than the previous-gen Tab S6 while still featuring thin design. Just like the regular variant, we see the same dual-camera module on the back accompanied by an LED flash.

Right below the module, you can see the space for holding S-Pen magnetically. We have the same vertical placement of the Samsung logo which makes sense considering tablets are mostly used in horizontal orientation. Lastly, we’re looking at those clearly visible antenna lines on both the top and the bottom.

Since the last couple of months, the Android tablet market has seen a very few to a minimum action. We saw numerous low-end half-baked tablets from numerous brands. It’s exciting to see Samsung coming up with high-end tablets that try to compete with the likes of iPad. With the previous Tab S6, the chaebol revamped its offering significantly and we’re expecting some noticeable changes this time as well.

Next Pokemon Go will no longer support 32-bit Android devices